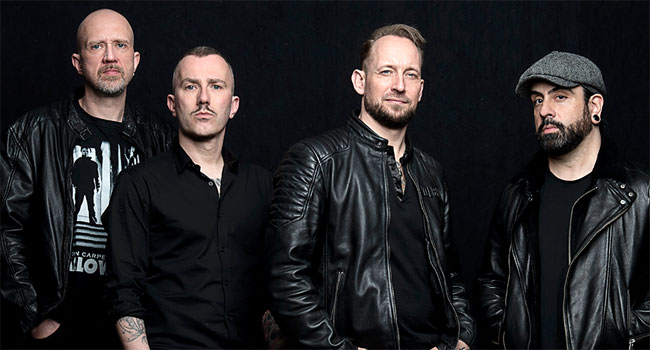 Set to be released on Nov 27th via Republic Records

Volbeat confirms the release of Rewind, Replay, Rebound: Live In Deutschland, available digitally worldwide on November 27th via Republic Records. The new 27 song set features songs recorded during the sold out German leg of last year’s Rewind, Replay, Rebound World Tour, along with two additional tracks recorded earlier on the tour. The album marks the first official live recordings of 11 songs from the band’s latest studio release, Rewind, Replay, Rebound as well as fan favorites from throughout the band’s career played in front of the their die-hard German fans in cities such as Stuttgart, Cologne and Hamburg. The set, mixed by long time Volbeat collaborator Jacob Hansen, will be available at all DSPs.

Leading up to the release of the project, Volbeat will also be streaming three full shows from the Rewind, Replay, Rebound World Tour via their YouTube channel. The first of these, Live at the Barclaycard Arena in Hamburg, Germany, will be streamed on Thursday, October 22nd.

Germany holds an important place in the story of Volbeat. From playing their first note on German soil at the Rock Hard Festival in Gelsenkirchen 14 years ago, Germany has embraced the band and lovingly christened themselves the band’s “second home.” “The German audience has always had a special place in our hearts, since the very beginning,” says vocalist/guitarist Michael Poulsen. “They have always supported us and still do. It’s amazing to see the impact the fans have had on Volbeat, we’ve become fans of theirs, too.”

Volbeat emerged from Copenhagen in 2001. Since then, they’ve tirelessly clawed their way to hard rock’s upper echelon with endless touring, including opening for Metallica, Motorhead and Slipknot, and a string of six beloved full-length albums. Their 2010 album Beyond Hell/Above Heaven, which features hit singles “A Warrior’s Call” and “Heaven Nor Hell,” has received RIAA gold certification. 2013’s Outlaw Gentlemen & Shady Ladies, which includes the Grammy nominated “Room 24,” bowed at #9 on the Billboard Top 200 upon release, marking the highest U.S. chart entry for a Danish act since 1997. A distinction that Volbeat topped in 2016 when Seal The Deal & Let’s Boogie debuted at No. 4. The band also released Let’s Boogie! Live At Telia Parken, a concert film and album documenting their landmark 2017 Copenhagen show in front of 48,250 fans, the largest show a Danish band has ever performed in Denmark. 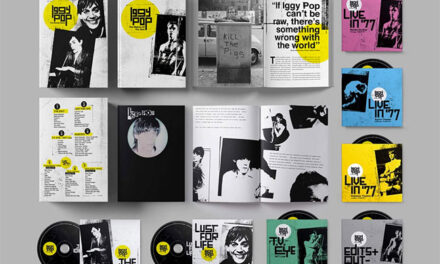 Megadeth offers limited edition 12″ vinyl for ‘The Threat Is Real’