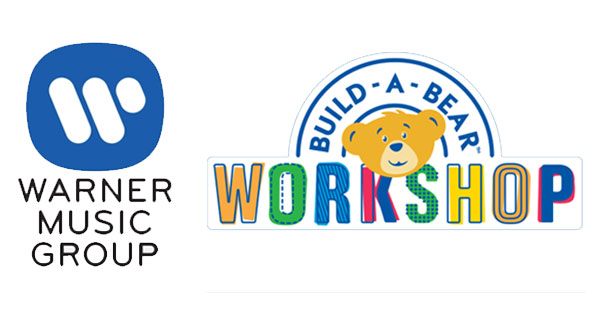 The Build-A-Bear branded label under Arts Music will release original albums, singles, and playlists — including soundtracks from upcoming films, television shows, and digital shorts — as well as sign and develop artists and their releases. Warner Chappell Music will represent and administer publishing rights for all music on the label and collaborate with Build-A-Bear on opportunities with current WCM songwriters and catalogs.

“Launching Build-A-Bear Records is another example of Arts Music’s commitment to fun, safe, family-friendly content as we build upon our foundation in the kids and family space,” states Kevin Gore, President of Warner Music’s Arts Music division. “The company is making some really interesting moves to expand on its wildly successful retail offering and we’re excited to partner with them, and our friends at Warner Chappell Music, to bring Build-A-Bear Records to life.”

“Warner Chappell is thrilled to team up with Arts Music and Build-A-Bear, a company that creates magical memories for kids, and those who are kids-at-heart,” says Ashley Winton, Senior Vice President of Creative Services for Warner Chappell Music. “This inventive project, which our sync and admin teams helped bring to fruition, is a great example of what we are focused on at Warner Chappell Music – working together to build opportunities that super-serve our songwriters.”

“Music has been a part of our beloved retail experience for over a decade, with millions of sound chips added to our furry friends each year. In addition, music and our popular music videos have enhanced the story-telling and consumer engagement with key properties including Honey Girls, reinforcing the value that song can bring to our portfolio,” comments Sharon Price John, Build-A-Bear Workshop president and chief executive officer. “The simultaneous partnership with Warner Chappell and Arts Music will allow us to offer a consistent schedule of new music releases for family entertainment, which we expect to be extremely complementary to our strategic initiatives inclusive of our Build-A-Bear Radio platform which launched late last year and build on the already high listenership levels of the station.”

The deal was put together through Foundation Media’s Partners’ Patrick Hughes and Harvey Russell, who will continue to work with Arts Music and Warner Chappell on the operations of the label and music publishing venture.