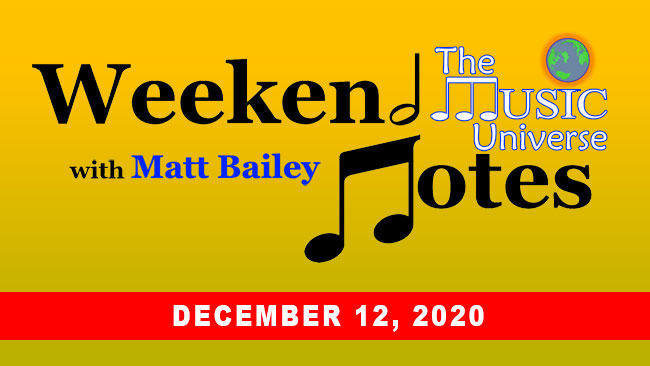 Taylor Swift has done it again! She surprised dropped Evermore, her second album of the year, at midnight Eastern on December 11th, two days before the country-turned-pop-star celebrates her 31st birthday. The project is her ninth studio album and sister companion to her first surprise release in late July, the record-breaking Folklore.

The pop star shared the surprise release on social media Thursday (Dec 10th) morning, saying, “To put it plainly, we just couldn’t stop writing songs. To try and put it more poetically, it feels like we were standing on the edge of the folklorian woods and had a choice: to turn and go back or to travel further into the forest of this music. We chose to wander deeper in. I’ve never done this before. In the past I’ve always treated albums as one-off eras and moved onto planning the next one after an album was released. There was something different with folklore. In making it, I felt less like I was departing and more like I was returning. I loved the escapism I found in these imaginary/not imaginary tales. I loved the ways you welcomed the dreamscapes and tragedies and epic tales of love lost and found into your lives. So I just kept writing them.”

As with Folklore, Swift teamed with producers and songwriters Jack Antonoff, Aaron Dessner, Justin Vernon, and her boyfriend Joe Alwyn, who is credited on both projects as William Bowery.

Much like Folklore, the standard edition of Evermore will feature 15 tracks while the deluxe physical editions will contain two bonus tracks: “Right Where You Left Me” and “It’s Time To Go.” All digital downloads of the album will include an exclusive, digital booklet with 16 brand new photos.

The music video for the album’s first single “Willow” is available now.

TIME has named K-pop superstars BTS the 2020 Entertainer of the Year. The news was revealed ahead of the 2020 TIME Person of the Year announcement that made its broadcast debut on NBC this week which also featured an exclusive performance of “Dynamite” by BTS.

There’s no doubt they earned it. The monumental year saw BTS make Billboard history by becoming the first Korean pop act to top the Billboard Hot 100 chart with “Dynamite” making its debut at No. 1. It’s a feat they kept for two consecutive weeks before reclaiming the spot after dropping to second for a week. The group did it again with its latest single, “Life Goes On.” BTS is the first duo or group in history to have two No. 1 Hot 100 debut songs, and breaks the tie with Megan Thee Stallion for most weeks at No. 1 on Billboard’s Digital Song Sales in 2020.

A special holiday remix of “Dynamite” is now available. The group will round out 2020 with a headlining performance at 2021 New Year’s Eve Live Presented by Weverse. The virtual concert starts at 9:30 pm KST/7:30 am EST on December 31st, and features Halsey, Lauv and Steve Aoki. Tickets are on sale now.

Keeping in line with New Year’s celebrations, Justin Bieber and T-Mobile are hosting a blowout livestream concert to kick off the New Year! The event marks Bieber’s first live show since 2017. Fans across the globe can tune into T-Mobile Presents New Year’s Eve Live with Justin Bieber, Thursday, December 31st starting at 10:15 pm ET/7:15 pm PT with the cannot-miss performance beginning at 11 pm ET/8 pm PT. T-Mobile customers can score free access to the livestream concert through the T-Mobile Tuesdays app or by heading to JustinBieberNYE.com, while everyone else can purchase access for $25 to the unforgettable experience.

Avenue Beat’s ode to the year, “F2020,” tops The New York Times prestigious Best Songs of 2020 list. The song became a viral sensation after the trio of Sami Bearden, Savana Santos and Sam Backoff released the track on TikTok earlier this year. The list, compiled by lead critic Jon Pareles who calls the tracks “Powerful Statements, Memorable Hooks,” sees BTS’ “Dynamite” come in at No 2 and Ashley McBryde’s “One Night Standards” in at No. 3.

Live Nation, which is the world’s largest concert promoter, lost 98% of its income due to the pandemic. That translates to more than $431 million of revenue in 2020. A combined four thousand shows and festivals have been rescheduled for 2021 with 86% of fans holding onto their tickets and two-thirds holding onto festival passes.

Legendary singer/songwriter Don McLean is celebrating the 50th anniversary of his iconic album American Pie with a special show honoring Richie Valens, Buddy Holly, and The Big Bopper. McLean will perform at the Surf Ballroom in Clear Lake, Iowa, on “The Day The Music Died” — February 3, 2021 — to kick off his American Pie 50th Anniversary World Tour. The date marks the 62nd anniversary of the 1950 plane crash that killed the American rock ‘n’ roll musicians, and the Surf Ballroom is the last venue they played. Tickets are on sale now.

Drum Workshop is honoring Nirvana drummer and Foo Fighters frontman Dave Grohl with his own custom ICON snare drum. The limited edition drum recognizes his celebrated drumming career, as well as his long-standing connection with both the legendary Sound City recording studio in Los Angeles, and his beloved Studio 606, where the sacred Sound City console now resides.

The snare features a wood inlay artwork with the rock visionary’s stylized silhouette, his forearm feather tattoos and fitting tribute to both aforementioned recording studios. Precisely laser-cut from 1/36″ veneers of Black Pear and Sycamore woods, the images are painstakingly hand-inlayed into a background of teal-dyed Exotic Birdseye Maple. The drum is only hand-sprayed with a clear gloss to topcoat — no paint has been used to depict the graphics on the outer veneer. Nickel-plated drum hardware complements the unique, eye-catching color scheme. It’s made from 11-plies of North American Hard Rock Maple and fitted with the right hardware for playing. It also features a Deluxe DW carrying case, certificate of authenticity and Sound City hat. Only 250 are being produced.

Universal Music Publishing Group has acquired Bob Dylan’s entire catalog of songs. This landmark agreement encompasses more than 600 copyrights spanning 60 years, including 1962’s cultural milestone “Blowin’ In The Wind” and this year’s epic “Murder Most Foul.” Dylan’s songs have been recorded more than 6,000 times by an array of artists representing dozens of countries, cultures and music genres. Financial terms of the sale haven’t been revealed, but it’s rumored to be worth $300-400 million.

The Royal Mint has launched a commemorative coin celebrating the career of one of David Bowie. The coin is the third in The Royal Mint’s Music Legends collection, and follows coins in honor of Queen and Elton John. The Bowie coin celebrates rock’s definitive chameleon with a design inspired by an image of Bowie from his time spent living and recording in Berlin. The coin’s design includes the iconic lightning bolt motif from Aladdin Sane, and captures Bowie’s career journey. The company also sent the coin into space, reaching 35,656m and orbiting Earth’s atmosphere for 45 minutes before safely descending back to Britain. It’s the first time a UK coin has been sent out of this world.

Country power couple T.G. Sheppard and Kelly Lang are our guests this week on The Music Universe Podcast. Join us as we chat about their joint Christmas single, “Christmas In Mexico,” how they’re celebrating the holidays, and what’s ahead.

Keep checking us out on The Music Universe Podcast where next week is dedicated to our trip to Nashville during our “Live From Nashville” series with special in-person guests. Tim and Roxane Atwood, JD Shelburne, Chapel Hart, and Flo all join us from Nashville Coffees across from Opryland Hotel. We also welcome back songwriter Kent Blazy to the podcast in a special phone interview to discuss his 2020 induction into the Nashville Songwriters Hall of Fame that’ll take in 50-51 joint induction in November 2021.

Stay safe and happy holidays from all of us here at The Music Universe!