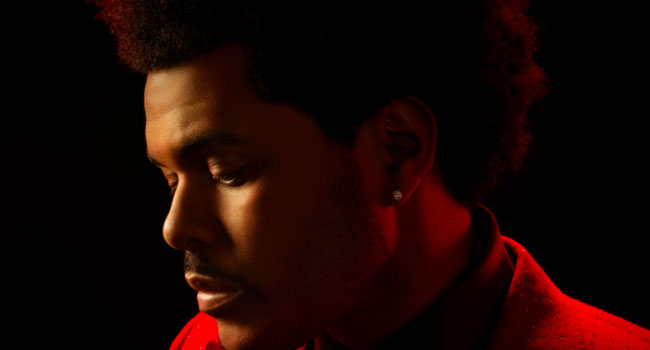 Exceeding yet another impressive benchmark, diamond-selling Toronto artist The Weeknd’s smash single “Blinding Lights” has again broken chart records spending its 52nd week in the top 10 of the Billboard Hot 100. It becomes the first song in the history of the chart (which began Aug 4, 1958) to spend a full year’s time in the Top 10.

The song premiered at No. 11 in November 2019 before hitting the Top 10 in February 2020, where it has remained ever since. Four of those weeks were spent at No. 1 in April and May with the track becoming the chart’s biggest hit of 2020.

In its continued dominance, his blockbuster chart-dominating fourth full-length album, After Hours, has also garnered multiple new certifications from the RIAA. After Hours has reached 2x platinum status while standout tracks “Save Your Tears,” “After Hours,” and “In Your Eyes” have all progressed to platinum. Additionally, “Blinding Lights” has officially been minted seven-times platinum. With these developments, he has reeled in a staggering total of 80 million-plus RIAA Digital Song Certifications, placing him in rarified air and in the “The Top 10 Most Digital Single Certifications of All Time.”

The Weeknd recently announced the After Hours World Tour. The 104-date global tour will kick off on January 14, 2022 in Vancouver at Pepsi Live at Rogers Arena with stops in Chicago, Dallas, Los Angeles, Miami, Paris, London and more, before wrapping November 18th in Glasgow at SSE Hydro. Nearly one million tickets to the trek were sold which also includes a handful of rescheduled dates shifting from 2021 to 2022.

The announcement came just days ahead of the multi-platinum singer’s headlining Super Bowl performance, which saw his sales surge 385% following the show.

Last month, the pop star broke Spotify records as The Highlights becoming the outlet’s most streamed album of all time upon its release.