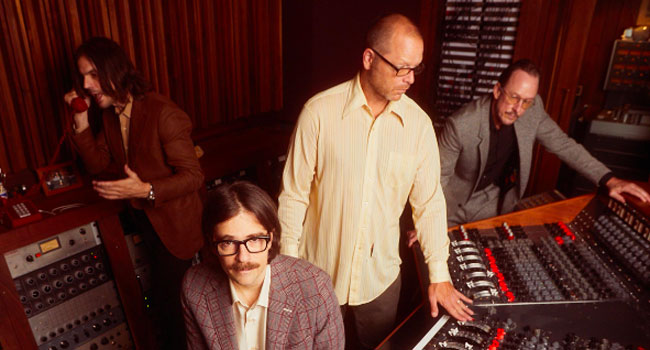 Weezer has set a release date for its long-delayed Van Weezer album. The set pays homage to 70’s and 80’s hard rock icons like Kiss, Black Sabbath and Van Halen, and will be available on CD and 2 LP on May 7th via Crush Music/Atlantic Records . The first single, “I Need Some Of That” is available now.

The set was scheduled for May 2020, alongside the group’s Hella Mega Tour with Green Day and Fall Out Boy, but both were delayed due to the pandemic. Instead, Weezer surprised release Ok Human earlier this year.

The band takes a different musical direction from its pop-punk sound. Instead, they pay homage to hard rock icons of the 70s and 80s such as Kiss, Black Sabbath, Metallica and Van Halen, in which the latter inspired the album’s title.

The band also shared that it’s releasing its first NFT collection with Death By Toys called “Ok Crypto,” in honor of Ok Human. The collection will be available on Wax starting on Wednesday, April 28th at 1 pm ET/10 am PT. The limited edition crypto collectibles will be released in sets of 10 (“standard”) or 25 (“mega”) and each pack contains different digital cards with different rarities. Hidden in 12 of the packs will be a golden ticket that is redeemable for one of the handmade toys that inspired the collection.

“Earlier this year, we reached out to Death By Toys to create a custom =w= toy related to every song on Ok Human,” the band shares. “We thought about selling them individually in our store, but liked them so much we wanted more than 12 people to enjoy them too. So we digitized them and now they’ll be sold on the blockchain. Oh, and we’re also giving away the 12 original, one of a kind physical toys golden-ticket style.”

Fans will be able to purchase the NFT collections with a credit card through Wax Cloud Wallet for either $20 or $40, respectively. To celebrate, the band is giving away one thousand free Ok crypto NFTs starting on April 26th, so fans need to set up a Wax Cloud Wallet ahead of time.

The Hella Mega Tour presented by Harley-Davidson is now slated to run this summer. It’s currently slated to kick off June 7th in Germany before wrapping in the States in late August.