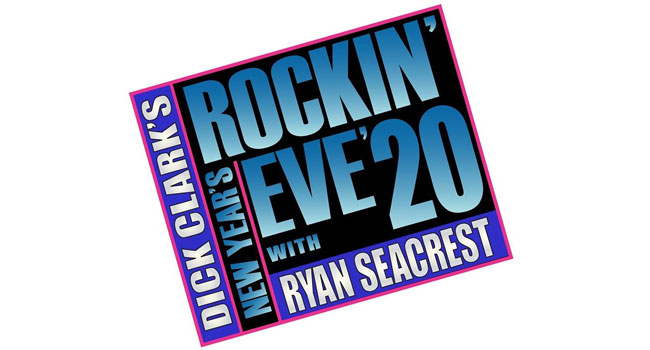 “Hosting New Year’s Rockin’ Eve with Ryan Seacrest has become something I look forward to every year and now my friend Lucy Hale and Billy Porter have joined the family, so the party just leveled up!” states Ciara. “I am going to be performing my new song ‘Melanin,’ so I hope all my melanin kings and queens tune-in to rock out with me and the amazing line-up of performers this year.”

Dick Clark’s New Year’s Rockin’ Eve with Ryan Seacrest 2020 marks the 48th anniversary of America’s biggest celebration of the year and will include five and a half hours of special performances and reports on New Year’s celebrations from around the globe In addition to Ciara on the West Coast, Ryan Seacrest will continue his reign as host of the primetime festivities for his 15th year and lead the traditional countdown to midnight from Times Square in New York City, joined by newly announced co-host, Lucy Hale. Emmy, Tony and Grammy Award-winning actor, singer, director, composer and playwright Billy Porter will host the fourth annual Central Time Zone celebration from New Orleans, providing viewers with exclusive performances and celebrity and fan interviews leading up to the midnight countdown and stunning fleur-de-lis drop at the dawn of the New Year.

Additionally, country artist Jessie James Decker will reveal the first-ever First Powerball Millionaire of the Year during this year’s live broadcast of Dick Clark’s New Year’s Rockin’ Eve with Ryan Seacrest 2020. Decker will provide live updates from the First Powerball Millionaire of the Year party throughout ABC’s live telecast and the big reveal announcing the winner will air just after midnight on January 1, 2020.

Special content produced by YouTube will run throughout the broadcast. Announcements on creators and talent featured will come at a later date.

Times Square and New Orleans performances to be announced in the coming weeks.

The complete lineup Tuesday, December 31st on ABC is: