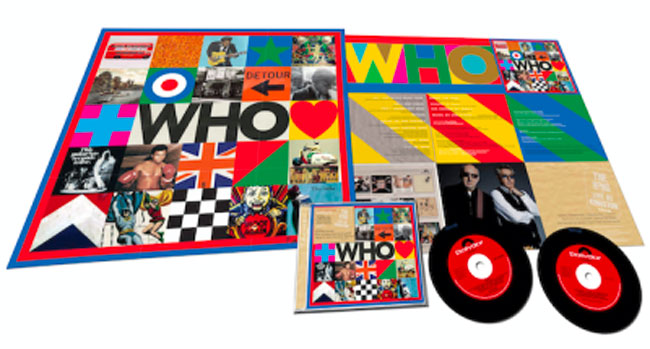 The Who will release a new version of last year’s album Who, featuring an updated version of “Beads On One String” newly remixed by Pete Townshend and acoustic tracks from the band’s only live shows of 2020. Who was originally released November 22, 2019 and debuted at No. 2 on Billboard’s Top 200 Album chart.

The songs on the 2 CD deluxe version of Who were recorded in Kingston earlier this year 50 years to the day from The Who’s seminal show at Leeds which became the infamous live album Live At Leeds.

The deluxe version of Who is preceded on October 5 by “Beads On One String (Yaggerdang Remix).”

“This is a co-write with Josh Hunsacker who I met on Soundcloud,” Townshend shares. “He wrote the music, I wrote the lyric and vocal melody. In 1932 on a visit to London the spiritual master Meher Baba said that he had come to draw all the religions of the world together like beads on one string. We wait in hope, with love.”

The band will also release Who as a Limited Edition Numbered 7″ Singles Box Set as well. The collection includes Who pressed on six 7-inch single LPs, all with individual artwork, plus the Live at Kingston bonus CD.