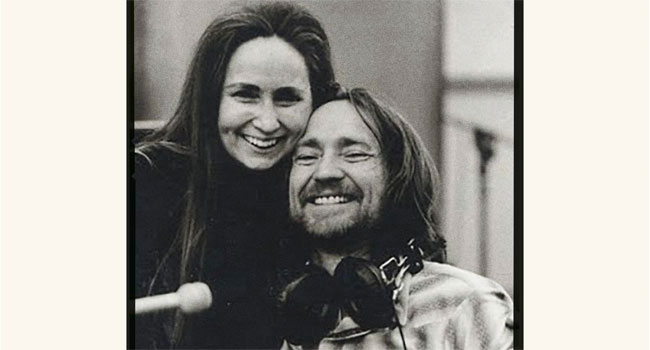 “Me And Sister Bobbie: True Tales of The Family Band” set for release Sept 15th

From legendary GRAMMY award-winning country singer Willie Nelson and his sister, Family band member Bobbie Nelson, comes “Me And Sister Bobbie: True Tales of The Family Band,” a heartfelt memoir of the lifelong bond between Willie and his only sibling Bobbie, who tells her own incredible story here for the first time. After being abandoned by their parents as very young children and becoming each other’s abiding relationship for more than eight decades, this dual memoir, told in alternating chapters, weaves together Willie and Bobbie’s journeys as they experienced them both side-by-side and apart, with powerful, emotional never-before-told recollections from their personal lives and careers. Through dizzying highs and traumatic lows, “Me And Sister Bobbie” shows that nobody knows you like your family. “Me And Sister Bobbie” was edited by Executive Editor Ben Greenberg and will be published on September 15, 2020 as a Random House Hardcover.

Additionally, a picture book by Willie and Bobbie Nelson, written with Chris Barton, tentatively titled “Sister, Brother, Family: Our Childhood in Music,” to be edited by Frances Gilbert, Editor-in-Chief of Doubleday Books for Young Readers, will be published in Fall 2021.

Nelson will release his latest album, First Rose of Spring, due July 3rd via Sony Legacy Recordings. First Rose Of Spring will be available on CD, vinyl and digital formats as well as part of exclusive merch bundles on Nelson’s web store.

Nelson’s 70th solo studio album (and 14th for Legacy Recordings), First Rose Of Spring is the artist’s first new release since winning the 2020 Best Country Solo Performance Grammy Award — his tenth overall (not including his Grammy Legend and Lifetime Achievement Awards) — for “Ride Me Back Home,” the title track from his 2019 Legacy Recordings release. The previous year, My Way, Willie’s musical homage to Frank Sinatra took home the Grammy for Best Traditional Pop Vocal Album.

An essential addition to the Willie Nelson canon, First Rose Of Spring is an eloquent new chapter in the chronicles of one of America’s greatest musical troubadours.