The 2014 Billboard Music Awards, hosted by musician and actor Ludacris, made television history on Sunday night (May 18th) with a show bursting with never-before-seen superstar duos, explosive premiere performances and a once-in-a-lifetime Michael Jackson experience. The show aired live from the MGM Grand Garden Arena in Las Vegas on ABC.

The show opened with international superstars Jennifer Lopez, Pitbull and Claudia Leitte debuting their official 2014 FIFA World Cup song “We Are One (Ole Ola).” The stage filled with colorful images of the worlds’ flags as the three stars were joined by dancers, drummers and flag girls to share this new anthem with the crowd. In addition to kicking off the night’s musical performances, Lopez was honored with the prestigious ICON Award, making her the first woman in the four years of its existence, to receive the award for their remarkable and enduring contribution to popular music.

Television history was made with a thrilling, multi-dimensional dance performance of Michael Jackson’s “Slave to the Rhythm” during which fans experienced the groundbreaking magic and fantasy we know to expect from the greatest entertainer of all time. The performance was created for fans by the Estate of Michael Jackson to capture the essence, the excitement and the magic that Jackson embodied. Produced by the Estate and Pulse Evolution, it took over a year, and a team of 104 cast and crew, to create this one-of-a-kind full stage experience to showcase all that Michael was.

The evening featured special performances by Australian pop-punk band 5 Seconds of Summer who made their U.S. television performance debut with “She Looks So Perfect,” which hit No. 9 on the Billboard Hot 200 Chart. Luke Bryan made a surprise appearance during country duo Florida Georgia Line’s performance of “This Is How We Roll,” before taking to the stage solo to perform his own “Play It Again.” Imagine Dragons performed “Tiptoe,” from their multi-platinum album “Night Visions” and took home the second most awards of any artist of the night with five.

Jason Derulo owned the stage during a performance of his hit “Talk Dirty,” which reached No. 3 on the Billboard Hot 100 list. John Legend sang his soulful “All of Me,” Robin Thicke delivered a heartfelt “Get Her Back”, and rock band OneRepublic pumped the crowd up with their hit “Counting Stars,” which has spent an impressive 47 weeks on the charts. Katy Perry sang “Birthday,” another television first, while Cyrus made her television debut performance of “Lucy In The Sky With Diamonds” featuring The Flaming Lips. Lorde sang Billboard Adult Pop chart-topping hit “Tennis Court”, and Shakira sang a spicy rendition of her song “Empire.” Lopez also sang her newest single off her upcoming tenth album, “First Love.” Also debuting music from the 2014 FIFA World Cup, Ricky Martin sprang up through the stage floor to perform his new single “Vida,” which got everyone in the audience up on their feet.

Avicii “Wake Me Up!”

Matthew West “Hello, My Name Is” 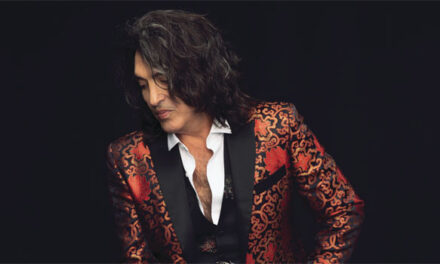