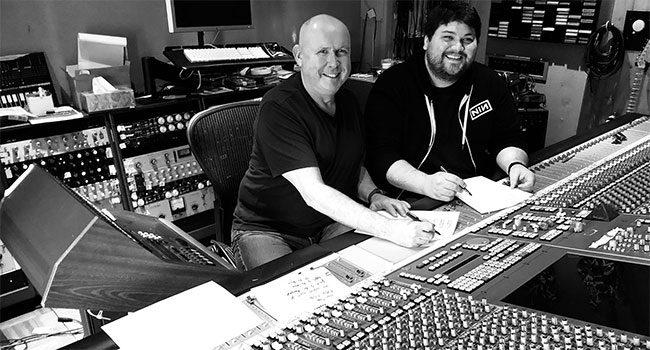 Star recorded all instruments and vocals himself

The 28 year old is in the final stages of writing and recording in the iconic 5150 studios with producer Michael “Elvis” Baskette (Alter Bridge/Slash/Tremonti/Sevendust). Wolfgang is completing a collection of diverse material of original songs ranging from haunting ballads to stomping rock classics, on which he recorded all the instruments and vocals himself.

“It’s been a long time coming and I can’t wait for everyone to hear what I’ve been working on,” Van Halen shares in a news release.

“While I knew it was going to be something special, when I was first invited to the studio, nothing prepared me for the quality, uniqueness and maturity of the songs that blasted out of the monitors,” says Explorer1 Music Group CEO Paul Woolnough. “It’s an absolute honor to be working with Wolfgang and his team and being part of the next chapter in the Van Halen family legacy.”

No title, release date or further details are available as of press time.

The younger Van Halen started drumming at age nine, guitar at 12 and bass at 15 after father Alex Van Halen “taught me a straightfoward ‘Back in Black’-like AC/DC drum beat.”

Wolfgang began playing bass with his dad and uncle Alex in Van Halen during their 2007-2008 reunion tour. He also appears on the band’s 2012 album A Different Kind of Truth and Tokyo Dome Live in Concert. He’s was also part of Creed/Alter Bridge guitarist Mark Tremonti’s band during the mid 2000s.