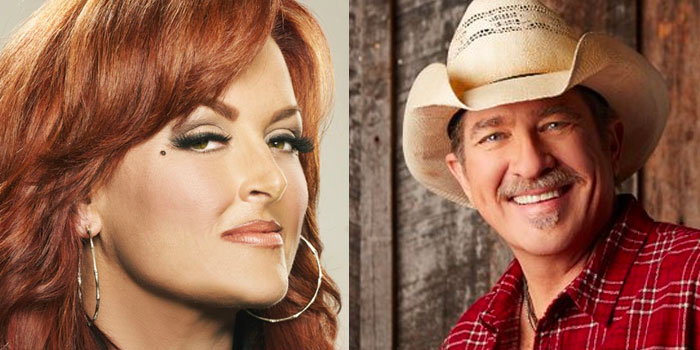 Wynonna Judd, Kix Brooks, Sara Evans, and RaeLynn are the country stars top lining A Nashville Christmas Carol, set to premiere on Saturday, November 21 at 8 pm ET on the Hallmark Channel. The film is part of the network’s “Countdown To Christmas” celebration that kicks off October 23.

Vivienne Wake (Schram), a workaholic television producer in charge of a country music Christmas special showcasing newcomer Alexis (Raelynn), never lets personal feelings get in the way of business. On the verge of accepting a job in LA, and with the return of Gavin Chase (Brown), her childhood sweetheart and manager to the special’s headliner, Belinda (Evans), she receives a visit from the ghost of her recently deceased mentor, Marilyn (Judd). Her mentor warns her current path leads to a dark future and has recruited both the Spirit of Christmas Past (Brooks) and the Spirit of Christmas Present (Williams-Paisley) to help her get back on track. The Spirits’ time-jumping adventures force Vivienne to take hold of her life.