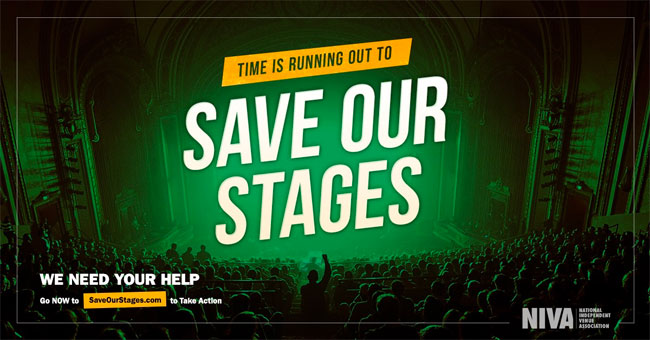 Goal is to preserve independent music venues across the US

Together, YouTube and NIVA will work on unique programming that will help bring live performances back into music venues safely. In addition, YouTube will help raise awareness and funding for the NIVA Emergency Relief Fund.

NIVA’s Emergency Relief Fund was created to support America’s most vulnerable venues and is intended to provide short-term relief for independent music venue owners and promoters on the precipice of eviction or permanently shuttering due to the COVID-19 shutdown. The fund is intended to work hand-in-hand with federal and local programs, assisting with the most immediate needs facing the country’s independent venues and promoters and making it more likely that they will be able to reopen, fully, when it’s safe.

“YouTube is a place where artists and fans around the world come to connect and build community,” says Robert Kyncl, YouTube Chief Business Officer. “With traditional concerts on hold, never has there been a more important time to support the live music industry through our partnership with NIVA. We’re committed to doing our part in saving independent venues and continuing to bring artists and fans together through music.”

“With the entire independent venue and promoter industry on the verge of massive collapse, we’ve been fighting urgently for the Save Our Stages Act which will provide meaningful relief to our members and the independent music community,” states Stephen Sternshein, co-founder / treasurer of NIVA, and managing partner of Heard Presents in Austin. “YouTube’s direct involvement helps us generate awareness for the plight of independent live music and raise funds for NIVA’s Emergency Relief efforts. This could literally be the difference between some venues going under or holding on until Congress comes back from recess to pass much-needed federal relief. The independent concert industry will be reeling for years to come from the devastating revenue loss related to COVID-19, so we’re excited about what YouTube and NIVA can do together to bring the live experience back.”

This is just the beginning so stay tuned to NIVA’s Official YouTube Channel for more details and official announcements coming soon.