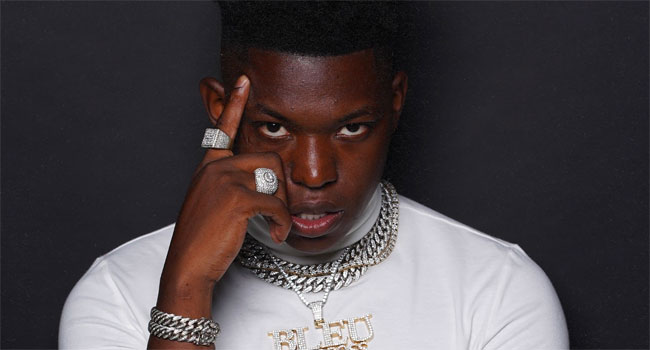 Alabama hip hop artist Yung Blue has reached a new high with his 2020 breakout record “You’re Mines Still (feat. Drake) as it hits No. 1 song at urban radio this week. The track also peaks at No. 19 on the Billboard Hot 100, climbing at a consistent rate over the last 13 weeks. In addition, “You’re Mines Still (feat. Drake)” holds a coveted spot in the Top 10 on the Billboard Hot R&B/Hip Hop Songs chart.

Named a R&B “artist to watch in 2021” by People, Billboard, Earmilk and more, Yung Bleu has been a fast-evolving indie powerhouse in two musical worlds, building a massive following of millions around the world with his intricate flows both as a rapper and sensual R&B crooner under his alter-ego Bleu Vandross. With “You’re Mines Still (feat. Drake),” Bleu makes his debut on the Billboard Hot 100 chart. “You’re Mines Still” was originally released on Bleu’s 2020 EP, Love Scars: The Five Stages of Emotions (Deluxe Edition), which likewise hit the Billboard 200 album chart. The track received tremendous mainstream acclaim and further positioned the rising hip hop artist as one to watch in 2021.