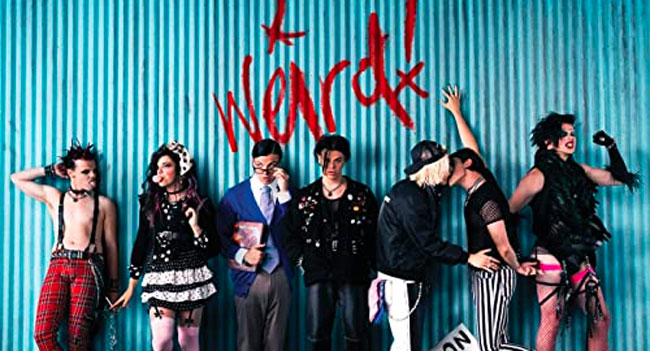 Yungblud shares his latest song, “Mars” from his forthcoming full length debut, Weird! The album was set to be released in November, but pushed to December 4th due to the pandemic.

On songs like “Mars,” the multi-instrumentalist reveals the rare balance of conviction and sensitivity he brought to his songwriting and performance on Weird! With its delicate storytelling and tender vocal work, the acoustic-guitar-laced track shares the narrative of a young trans woman Harrison met while playing Warped Tour in 2018.

“She told me how her parents had come to the show with her, and how seeing our community helped them to understand that her coming out as trans wasn’t just a phase — this is who she really was,” he recalls. “It made me cry to think that we could have that kind of impact and change people’s perceptions, just by being ourselves.”

The album will be released on CD, vinyl and cassette via Locomotion/Interscope Records. Described as a coming-of-age album, fans who pre-order Weird! will instantly receive “Mars,” “Cotton Candy,” “God Save Me, But Don’t Drown Me Out,” “Weird!” and “Strawberry Lipstick.”

Yungblud is in the midst of The Weird Time of Life Tour virtual tour. Final stops include New York, Boston, Toronto, Chicago, Atlanta, Los Angeles, Seattle and Sydney. Each show on the 16 date global digital run, presented by Moment House, will be a unique localized experience with full-scale production.