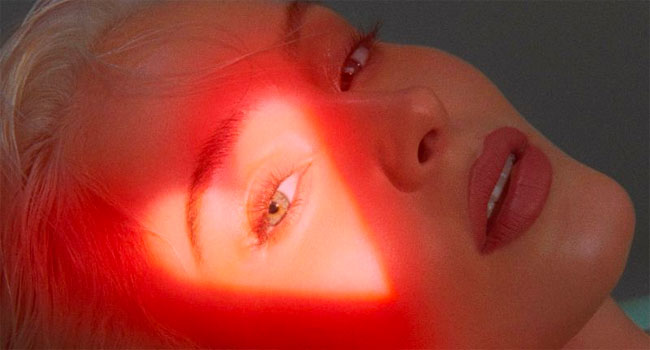 “’Talk About Love’ is about that phase before two people work out what they are to one another,” Larsson explains. “That specific window is so beautiful and fragile, as soon as you start asking ‘are we doing this?’ or ‘how do *you* feel?’, for some people that ruins the magic. ‘Talk About Love’ is savoring that moment before you have to decide.”

It follows Larsson’s latest hit “Wow” which exploded on TikTok after it was featured in Netflix’s hit original film, Work It (and has amassed over 100 million streams, not to mention Larsson’s show-stopping performance at this year’s MTV EMA Awards). Poster Girl was further introduced in dazzling style under lockdown with the socially-distanced video for “Love Me Land,” written by Larsson alongside the powerhouse team of Julia Michaels and Justin Tranter (Dua Lipa, Justin Bieber).

Larsson has all the makings of a classic pop star, but in the most contemporary form. Her unshakeable enthusiasm for music saw Larsson land her first No. 1 single aged 15, but also feels deeply rooted in the national psyche of Sweden. Larsson’s sixth sense for pop melodies have powered a series of chart-bulldozing anthems ever since (including “Lush Life,” “I Would Like,” “Symphony,” “Never Forget You,” and “Ruin My Life”). Larsson’s ambition, though, only starts with the bangers. Few mainstream acts can claim to have performed before the Nobel Prize committee, won an award for feminism from Sweden’s oldest women’s’ rights organization, and led a Durex campaign in association with the HIV charity Red in the same breath as having toured stadiums with Ed Sheeran, or worked with BTS, Ty Dolla $ign and Mura Masa. A budding Gen Z role model, Larsson is as fluent in the magic of pop music as she’s likely to speak without filter on love, sex, and online life.

“Talk About Love” marks a clean chapter from Larsson’s huge debut international album So Good, which is still the second most-streamed debut album by a female artist ever on Spotify. Empowering, uplifting and deeply personal, Larsson is a new kind of a pop star, and a fearless young woman simply born to do it.