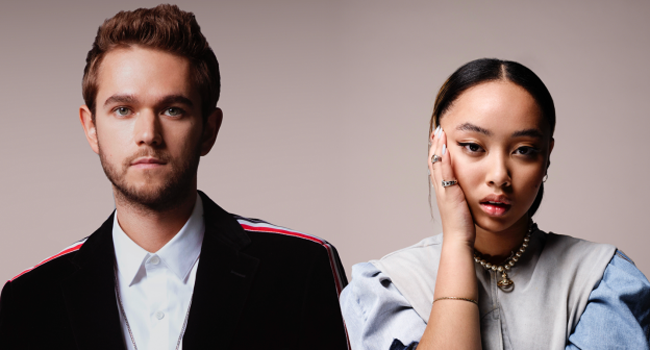 Track has had more than 9.6 million streams

Award-winning global superstar Zedd unveils the music video for his current single “Inside Out” with rising U.K. singer-songwriter, Griff. The video was directed by Rianne White and the track has already seen great success since its release with over 9.6 million streams on Spotify alone. “Inside Out” feat. Griff is available now at all digital retail providers via Interscope Records.

Multi-platinum, GRAMMY Award-winning artist/DJ/producer Zedd made his debut with “Clarity” after signing with Interscope in 2012 and has been breaking down barriers surrounding music genres ever since. Throughout his career, Zedd has worked with a diverse range of artists to create hits, including Foxes on “Clarity” (which earned Zedd a 2014 GRAMMY “Best Dance Recording”), Hayley Williams on RIAA platinum-certified hit, “Stay The Night” (which racked up more than 400 million streams), and Selena Gomez on the platinum-certified track, “I Want You To Know,” which spent four weeks at No. 1 on Billboard’s “Hot Dance/Electronic Songs” chart.

He’s also collaborated with Alessia Cara on their hit single “Stay” which held the No. 1 spot at Top 40 radio for six consecutive weeks and earned Zedd his second GRAMMY Award nomination, and with Maren Morris and Grey on the monster hit “The Middle,” which earned Zedd is second No. 1 at Top 40 radio. Digitally, the song has amassed over one billion streams and earned Zedd three GRAMMY nominations including “Record Of The Year,” “Song Of The Year,” and “Best Pop Duo or Group Performance.”

Griff is well on her way to becoming the next face of British pop — and a next-generation type of pop star, at that. Born to Chinese and Jamaican parents just out of Watford, U.K., Griff began making music by borrowing her brother’s logic: teaching herself how to produce songs secretly from her classmates (many of whom only found out what Griff was up to when they heard her on Annie Mac).

Hailed by Vogue as a “multicultural, multi-hyphenated, and multi-talented…utterly unique teenager” and by NME who called her “A phenomenon…the teenage boss about to take charge of pop,” Griff’s musical creativity draws no boundaries.

Aside from making her own beats, sewing her own clothes, and shooting a music video on her iPhone under lockdown, Griff’s raw and vulnerable lyrics also prove she is mature beyond her years. With songs about friendship. (“1,000,000 X Better”), mental health (“Say It Again”), those stinging formative breakups (“Forgive Myself”) and the importance of family (“Good Stuff,” a moving account of Griff’s family fostering children), Griff manages to draw from her own difficult experiences and turn them into something uniformly positive making her particular model of bedroom-pop fitting for a legion of young girls to follow.