Oscars will be Feb 24th in Los Angeles

The film is up against stiff competition, including A Star Is Born featuring Bradley Cooper and Lady Gaga, Black Panther, Roma and more. Nominations for the 91st Oscars were revealed Tuesday (Jan 22nd) morning from Beverly Hills. ABC will air the event live on Sunday, February 24th at 8 pm ET/PT.

The 20th Century Fox film is now available on Digital and Movies Anywhere and 4K Ultra HD, Blu-ray and DVD on February 12th via 20th Century Fox Home Entertainment. Bonus features include the complete Live Aid movie performance not seen in theaters and behind-the-scenes footage of the making of the film.

20th Century Fox Home Entertainment is celebrating the film with a month-long celebration across the country. Fans can hop on board the double-decker Rock Like Queen Tour Bus and sing-along to their favorite Queen songs in New York City, attend the Rock Like Queen Tour at the legendary Whisky A Go Go in Los Angeles and more.

Bohemian Rhapsody is a foot-stomping celebration of Queen, their music and their extraordinary lead singer Freddie Mercury. Freddie defied stereotypes and shattered convention to become one of the most beloved entertainers on the planet. The film traces the meteoric rise of the band through their iconic songs and revolutionary sound. They reach unparalleled success, but in an unexpected turn Freddie, surrounded by darker influences, shuns Queen in pursuit of his solo career. Having suffered greatly without the collaboration of Queen, Freddie manages to reunite with his bandmates just in time for Live Aid. While bravely facing a recent AIDS diagnosis, Freddie leads the band in one of the greatest performances in the history of rock music. Queen cements a legacy that continues to inspire outsiders, dreamers and music lovers to this day. 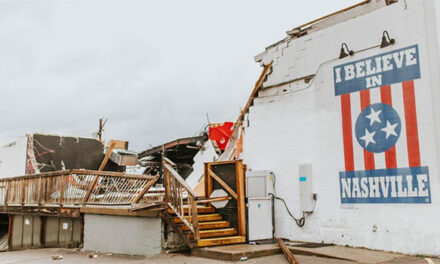