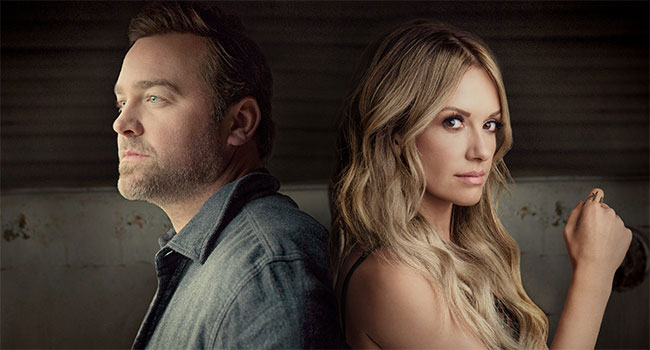 Duet takes another spin at No. 1 on SiriusXM

This week, Carly Pearce and Lee Brice’s duet, “I Hope You’re Happy Now,” officially enters the Top 20 at country radio on Mediabase and becomes her fastest-rising song to date. Amassing over 43 million global streams, the collaboration ascends to No. 1 for a second consecutive peak on SiriusXM’s The Highway. As one of the 25 Best Country and Americana Songs of 2019, Rolling Stone Country proclaims, “the combination of their voices was electric, shot through with pain, and the title of the song took on a different meaning from each of their mouths — empathetic in Pearce’s case, bitter when Brice sang it. In a genre with a grand tradition of potent male-female duets, ‘I Hope You’re Happy Now’ was a true stunner.”

She wrote the track alongside Luke Combs, Jonathan Singleton and Randy Montana, offering another preview to 13 evolutions of love on Carly Pearce. Due Valentine’s Day via Big Machine Records, E! News, Rolling Stone and CMT are already embracing her sophomore album. Working again – and unknowingly, for the last time – with Busbee, the pair maintained Pearce’s roots and his contemporary sense as showcased on other advance tracks “Call Me” and “It Won’t Always Be Like This.”

Lighting a fire with her debut album Every Little Thing, the No. 1 platinum-certified title track designated Pearce as the highest charting solo female debut since July 2015. A loyal advocate of country music’s legacy and future, she has performed at the Grand Ole Opry more than 75 times since her debut while the Country Music Hall of Fame and Museum partnered on Unbroken Circle: Exploring Country Music History with Carly Pearce. Adding slots on major tours with Blake Shelton, Rascal Flatts, Luke Bryan and Jason Aldean, Carly has become “country’s ‘it’ girl” (ABC Radio) while in pursuit of her childhood dream. Pearce will join Old Dominion on the road May 14th in Greensboro, NC and August 20th in Simpsonville, SC.