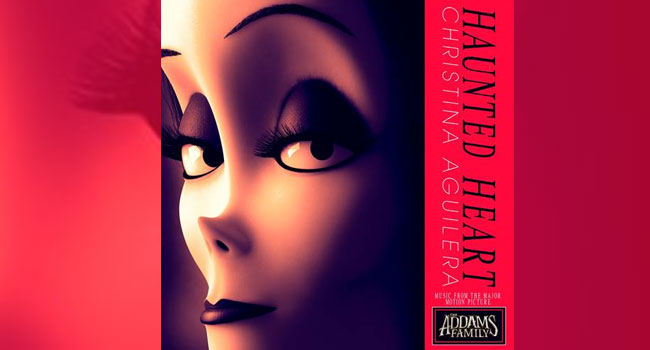 Film will be in theaters on Oct 11th

Aguilera is currently headlining her exclusive residency show, Christina Aguilera: The Xperience at Zappos Theater at Planet Hollywood Resort & Casino and has just announced additional dates through March 2020. She is also touring Europe and Mexico on The X Tour throughout 2019.

The Addams Family features original songs from Snoop Dogg, Migos, Karol G and Rock Mafia, among others. Based on the famous New Yorker creations of Charles Addams, the kookiest family on the block is back on the big screen with an all-star voice cast led by Oscar Isaac, Charlize Theron, Chloë Grace Moretz, Finn Wolfhard, Nick Kroll, Bette Midler, Allison Janney, Elsie Fisher and Snoop Dogg playing It. The film is directed by Conrad Vernon and Greg Tiernan.