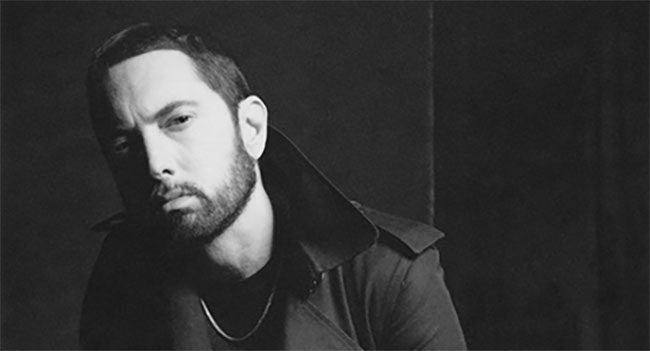 Eminem’s latest studio album Music to Be Murdered By has shattered a 50-year-old record for biggest leap on the Billboard 200 chart. Boosted by the recent release of Music to Be Murdered By – Side B — a deluxe reissue featuring 16 additional tracks — the album jumped to the No. 3 spot from No. 199 in the week ending December 24th.

Released on January 17th, the original 20 track version of Music to Be Murdered By debuted at No. 1 on the Billboard 200 and later received gold certification from the RIAA. Music to Be Murdered By – Side B arrived on December 18th, quickly earning 94,000 equivalent album units — a staggering 1,125 percent increase in sales from the previous week.

Prior to the release of Music to Be Murdered By – Side B, the record for biggest leap on the Billboard 200 was held by Bob Dylan’s 1970 album Self Portrait.

Both albums were surprise releases, his third since dropping Kamikaze without any fanfare in August 2018. Music To Be Murdered By and Side B feature collaborations with Ed Sheeran, Young M.A., Royce Da 5’9″, Juice WRLD, Anderson .Paak, DJ Premier, Ty Dolla $ign, Sly Pyper and others.

Earlier this year, Em became a member of YouTube’s Billion View Clubs for a third time following “Rap God” achieving the feat. The song follows “Not Afraid” with 1.3 billion views and “Love the Way You Lie” featuring Rihanna with 1.9 billion views.