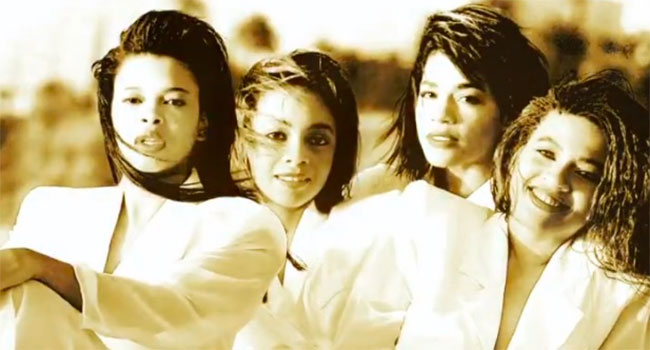 En Vogue is celebrating 30 years with an expanded reissue of their 1990 debut album, Born To Sing. Born To Sing: 30th Anniversary Expanded Edition will be released on April 3rd via Rhino Records.

With Born to Sing, the all female R&B and pop group struck a chord immediately, landing three songs at No. 1 on the Hot R&B songs chart: “Hold On,” “Lies” and “You Don’t Have To Worry.” Certified platinum, the album was a crossover sensation, reaching No. 21 on the Billboard 200 chart and No. 3 on the R&B Albums chart. In addition, the album scored the group numerous honors, including a Billboard Music Award and a Soul Train Award, as well as a Grammy nomination.

As an added treat, this newly remastered 30th Anniversary Expanded Edition of Born to Sing also features remastered versions of nine non-album tracks, including an extended version of “Hold On,” the radio edit for “Don’t Go,” and the Lo Cal Mix of “You Don’t Have to Worry.”

Firmly establishing their legacy, En Vogue, now a trio, with original members Ellis and Herron, joined by Rhona Bennett, who has been with the group since 2003, is still in demand, actively touring and recording. In 2018, they released their album, Electric Café, featuring the single “Rocket,” which gave them their first Top 5 hit in 20 years (Adult R&B songs chart). The trio also made an appearance on Chance the Rapper’s 2019 album, The Big Day, on the track “I Got You (Always and Forever).” In October 2019, all five members reunited and performed at the City of Hope Gala honoring Sylvia Rhone.