A few of the very best

Christmas songs that are great each year, and others that aren’t

Ah, that time of year is almost upon us. As we trim the tree or dash out to buy those last-minute gifts or attending your annual Christmas party, it’s pretty certain that you will be dusting off your favorite Christmas tunes to help you get in the festive spirit.

It seems as if we can’t get away from the big guy in red, along with his tunes. Santa is everywhere in store and even online at professional live casino dealers, and it makes perfectly good sense. There is no getting away from the fact that this IS the season to be jolly (fah-de-dah).

But if you are like me, and Christmas starts too soon and goes on for far too long, then making sure that the festive music I listen to can at least bring a smile to my face is essential.

Take “Jingle Bell Rock” as an example. Chances are you will either think of the Mean Girls or Lethal Weapon. Personally, I like it when Jason gets smacked in the face with the tape machine. Originally performed way back in 1957 by Bobby Helms, this classic has stood the test of time.

When “Driving Home for Christmas” was first released, Chris Rea never made a video. When it was re-released in 2009, a video was made and all the proceeds were dedicated to Shelter. This is a perfect Christmas track for those that are traveling home to be with family and friends, and never ceases to make me smile.

The next one I included, and I really don’t know why, is “I Wish it Could be Christmas Everyday” by Wizzard. The reasons I don’t know why include I do NOT wish it could be Christmas every day, and it’s played at the department stores far too frequently. My last point on this song is those children in bobble hats? … Really?…

Another song that irks me is Slade’s “Merry Christmas Everybody.” When Noddy cries out his “It’s Chriiiiiiiiiiiiiitmas,” I find this song like a badly made mince pie: you eat them because it’s Christmas and the right thing to do. I doubt that there has been one festive compilation made without that screech!

For me, “The Christmas Song” by Nat King Cole tops “White Christmas” by Frank Sinatra. I love the smoothness and the warm feeling it generates. I can practically taste those roasting chestnuts.

No list would be complete without “Santa Baby” by the late, great Eartha Kitt, and still ranks as one of the sexiest Christmas songs ever written. Ahh “Santa Baby” … hurry down the chimney…

Essential factors that will help you succeed as a musician

Mind, Body and Intimate Connections: The Unbreakable Bond Between Music and Sport 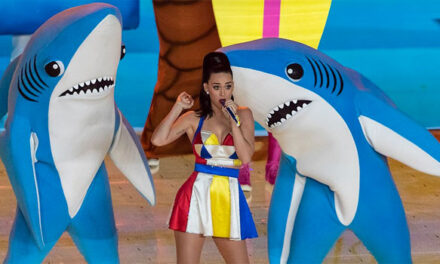