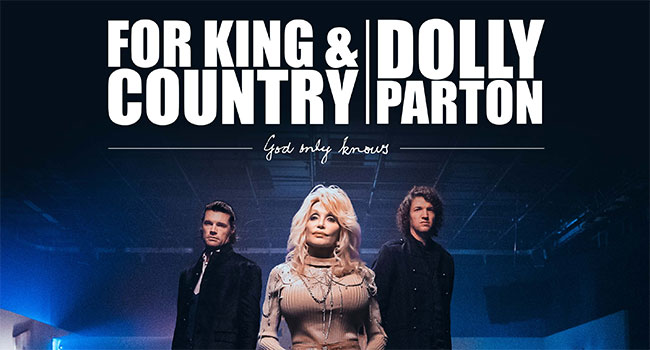 Two-time GRAMMY award winning duo For King & Country has announced their unprecedented collaboration with the world-renowned entertainer Dolly Parton on a brand new version of their award winning single “God Only Knows,” as well as a powerful music video. The iconic Country Music Hall of Famer’s presence on the track takes the song to new heights, with shimmering acoustic guitars complementing the song’s message of hope. The song will be available at all digital music retailers at midnight ET on August 30th.

“Hearing Dolly sing that chorus and those words was an out of body experience for us as writers and artists,” says Joel Smallbone, one half of the Australian duo. “As soon as we heard her vocals on the track, we immediately realized that this song was meant for her voice.”

Dolly reflects, “When I first heard ‘God Only Knows’ I thought it was one of the best songs I’d ever heard. I came from a very spiritual background, and I love anything to do with inspirational songs that lift people up. I feel that this is a good song for right now, and it’s so well written. I know that it touched me at a time when I needed to be lifted up.”

Additionally, Parton is featured in a powerful new music video for “God Only Knows,” as she and the Smallbone brothers struggle to find themselves before resigning to faith and belief. The full length video was shot in Nashville, produced by Patrick Tohill and directed by Benjamin Smallbone. It will premiere on YouTube and social media when the single drops. CMT will be premiering the video via broadcast on Friday morning.

In a USA Today/Tennessean exclusive, For King & Country discuss the details of how the collaboration came to be. Entertainment Tonight has the exclusive behind-the-scenes footage from the set of the music video. Check local listings. The exclusive will be broadcast and shared online at 8 pm ET.

“God Only Knows” recently won “Song of the Year” honors at the K-LOVE awards, received a Dove Award nomination for Pop/Contemporary Recorded Song of the Year, and held the No. 1 spot on Billboard’s Top Christian Songs chart for 11 weeks. Additionally, the song hit Top 30 on Mediabase and Billboard’s Hot AC charts while garnering 330 million radio impressions and over 65 million streams across all digital platforms.

Reba announces ‘My Kind Of Christmas,’ partnership with Cacker Barrel 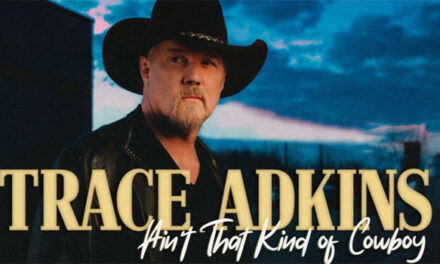