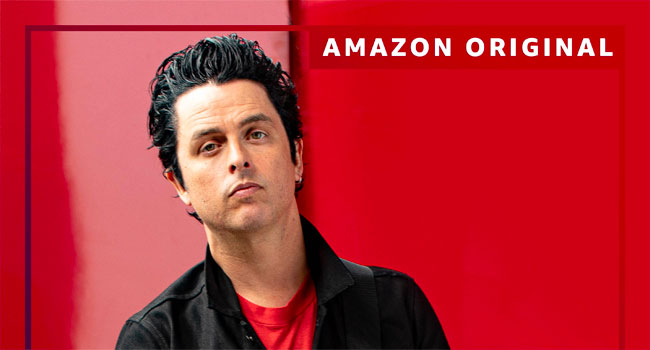 “I love this – the most punk rock version ever!” stated Wreckless Eric.

Green Day released their thirteenth studio album Father Of All… earlier this year via Reprise/Warner Records. It debuted at No. 1 on the UK Albums Chart while also hitting No. 1 on the Billboard Top Rock Albums and No. 4 on the Billboard 200, resulting in the band’s 11th US Top 10 album. It was met with widespread critical acclaim from Pitchfork, Consequence of Sound, Noisey, Stereogum and Rolling Stone who called it “one of their most fun ever.”

Amazon Music listeners can find Billie Joe Armstrong’s cover of “Whole Wide World” on the Control Alt Repeat playlist, providing a global stage for alternative fans to find new releases from established acts, or discover their next favorite band. Customers can also simply ask, “Alexa play the Amazon Original by Billie Joe Armstrong” in the Amazon Music app for iOS and Android and on Alexa-enabled devices. In addition to the new track, Amazon Music listeners can access hundreds of Amazon Originals featuring both emerging and established artists across numerous genres, available to stream and purchase only on Amazon Music.