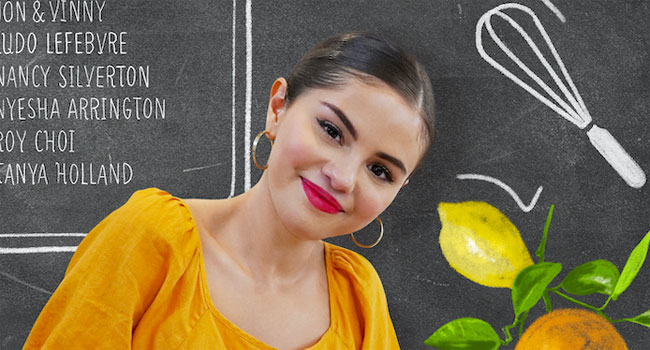 HBO Max will premiere season two of the Max Original Selena + Chef on January 21st. The streaming network debuted a new trailer and key art this week for the nine episode season that will roll out in threes.

Three episodes of the unscripted Selena Gomez series will drop January 21st, with three more on January 28th and the final three on February 4th.

The series is executive produced by Gomez for July Moon Productions, along with executive producers Eli Holzman, Aaron Saidman, and Leah Hariton on behalf of Industrial Media’s The Intellectual Property Corporation (IPC) and Melissa Stokes.

Selena + Chef premiered in August 2020 and was inspired by her spending more time in the kitchen during the pandemic. In each episode of this unapologetically authentic cook-a-long, Selena, with the support of her Quaranteam, will be joined remotely by a different master chef. Together, they’ll tackle cuisines of every variety, share invaluable tips and tricks, and deal with everything from smoking ovens to missing ingredients. Each episode will highlight a food-related charity, and this casual, funny, and informative series will embrace both the struggle and the joy of learning to cook — while inviting audiences to follow along at home.