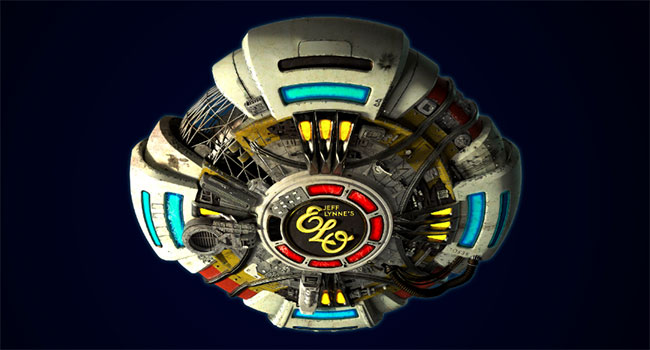 Rock & Roll Hall of Famer and music legend Jeff Lynne will follow up a remarkable run of sold out European and American tours with a new album, From Out of Nowhere, on November 1st from Columbia Records. The title track is available to stream and download. The project will be available on CD, Deluxe CD with sculpted embossed cover softpack and 180-gram LP.

Lynne, whose music has touched fans deeply across three generations now, has found himself in recent years at the peak of his powers as a songwriter, musician and producer. The forthcoming album features a buoyant title song, which premiered today on BBC Radio 2. The song opens the album which features ten songs, from the wistful “Help Yourself” to the celebratory “Down Came the Rain” to the churning rocker “One More Time” (featuring a solo from pianist Richard Tandy) to the sweet closer, “Songbird.”

As does its predecessor, 2015’s Alone in the Universe — the first new release from Lynne in 14 years — From Out of Nowhere shows Lynne finding new facets to his signature sound, at once drawing on his globally loved legacy and forging new paths in both sounds and emotions. Once again, he plays nearly every note of the music on guitars, bass, piano, drums, keyboards and vibes, as well as singing all of the lead and layered harmony vocals. Steve Jay, who also engineered the album, adds some percussion.

The very existence of the album is an unexpected joy, as much for its creator as for his fans. “‘From Out of Nowhere” — that’s exactly where it came from,” Lynne says. “That’s the first one I wrote for this album and it’s kind of like that.” It’s a song about hope and salvation. Lynne often found himself turning to a sense of optimism, which is a theme recurring throughout the album, saying “Everybody’s got to have a bit of hope.”

This album builds on the energy and acclaim generated by the release of Alone in the Universe and the triumphant return to touring for the first time since 1985, starting with a 2014 performance before more than 50,000 people in London’s Hyde Park. Since then he and the remarkable group he’s assembled have toured in Europe and North America, with shows including sold out dates at such esteemed locales as two nights at New York’s Radio City Music Hall, eight nights at the O2 Arena in London, a headlining slot at the 2016 Glastonbury Festival, a three-night fireworks spectacular at the Hollywood Bowl and a June 2017 spectacle for nearly 60,000 fans at Wembley Stadium. That latter was captured in the Wembley or Bust concert film. That was followed by a major U.S. arena tour in 2018 and a return for twenty North American shows this past summer.

Covering the Anaheim kick-off to the 2019 trek, Forbes’ Steve Baltin called the return to the stage “a very unexpected surprise for fans, one that should be savored and celebrated not just by ELO fans, but any music fan who wants the chance to experience what has, in a turn no one could have seen coming, become consistently one of the best live acts in the world.”

Additionally, 2017 also saw Lynne inducted into the Rock and Roll Hall of Fame, with the touring band performing at the ceremony.

With more than 50 million albums sold, ELO ranks among the most popular acts of its era. Those totals cover four consecutive Top 10 albums and seven reaching the Top 20, as well as a remarkable string of hit singles — 20 reaching the U.S. Top 40 and a full seven of them lodging in the Top 10. Lynne’s reach, of course, has extended far beyond ELO, touching millions as a producer and collaborator, most notably as a member of the Traveling Wilburys alongside George Harrison, Bob Dylan, Roy Orbison and Tom Petty. He also produced Harrison’s colorful Cloud Nine album and with Harrison, Paul McCartney and Ringo Starr crafted full songs from John Lennon’s home tapes of “Free as a Bird” and “Real Love.”