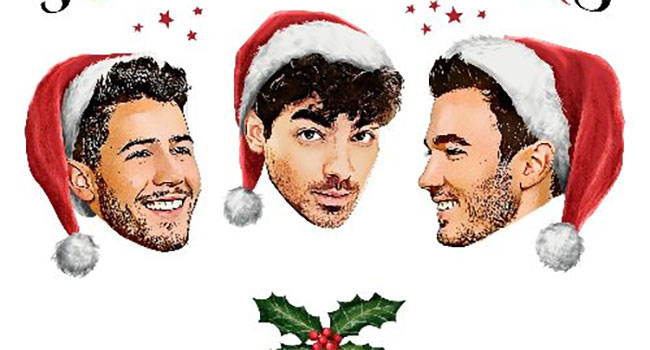 Getting right into the spirit of the season, GRAMMY Award-nominated powerhouse trio Jonas Brothers present a brand new original holiday single entitled “Like It’s Christmas” via Republic Records. A timeless addition to the holiday season, the song is comprised of a wistful guitar, sweeping piano, handclaps, and, of course, sleigh bells. The wonderfully warm hook rings out over boisterous horns as the boys sing, “You make every day feel like it’s Christmas.”

“Like It’s Christmas” caps off a landmark year for the band. Following their blockbuster single “Sucker,” and No. 1 album Happiness Begins, the band continues to soar with their sold out Happiness Begins Tour and latest single, “Only Human,” which has entered the Top 5 on both Top 40 and Hot AC radio airplay charts. “Sucker” is RIAA 2x platinum and debuted at No. 1 on Billboard’s Hot 100, becoming the first No. 1 for the band and the first No. 1 debut from a group this century.

As a fitting victory lap, Happiness Begins [Republic Records], just scored a platinum plaque from the RIAA. The band took home a 2019 MTV Video Music Award for “Best Pop Video,” and two 2019 Teen Choice Awards for “Artist Of The Decade” and “Choice Summer Group.” Most recently, they scored two American Music Awards nominations in top categories, including “Favorite Duo or Group Pop/Rock” and “Favorite Song Pop/Rock” for the single “Sucker.” Be sure to tune in to ABC on November 24th at 8 pm ET/5 pm PT.