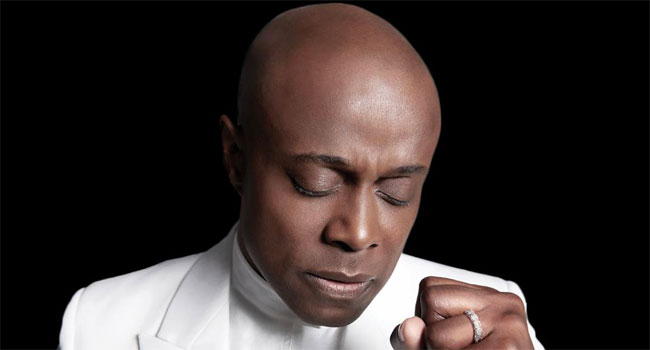 R&B superstar KEM claims the No. 1 spot on Billboard’s Top R&B Albums chart this week with his first full-length release in six years, Love Always Wins. The album – which is his third to top the tally – contains the hits “Lie to Me,” which spent seven weeks at No. 1 on the Billboard Adult R&B Songs chart, and “Live Out Your Love,” a sultry duet that features GRAMMY Award-winning soul songstress Toni Braxton.

Love Always Wins is a powerful testament to KEM’s hopeful outlook despite current times, a reminder of the power of love and a project he calls his most personal yet. Other standout songs on the album include the lush title track, “Love Always Wins,” featuring GRAMMY-winning gospel music powerhouse Erica Campbell, and the inspiring “Friend Today” – both reminiscent of the music birthed out of social justice movements. The album was co-produced by KEM and Derek “DOA” Allen, and features contributions by musical notables such as Anthony Hamilton, Brian Culbertson, James Poyser and Salaam Remi.

The album is the follow-up to KEM’s 2014 album, Promise To Love, which also debuted at No. 1 on the Top R&B/Hip-Hop Albums chart. It contained the hit singles “Nobody” and “It’s You,” which each spent multiple weeks atop the Urban Adult Contemporary radio charts. The internationally renowned R&B singer/songwriter has to his credit: one platinum album (KEM: Album II), two gold albums (Kemistry and Intimacy), three GRAMMY nominations and seven No. 1 singles. In addition, KEM has been nominated for six NAACP Image Awards, two Soul Train Awards and a BET Centric Award.