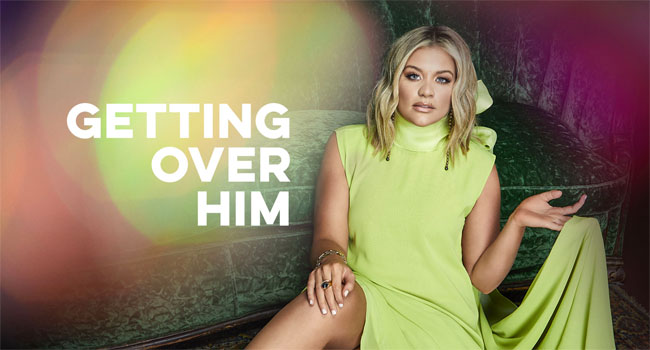 Platinum-selling singer-songwriter Lauren Alaina, releases her new song “Run” on Friday, July 31st, across all digital service providers. “Run,” co-written by Alaina, Ben Johnson and Kennedi, is the first song from the multi-award winner’s upcoming new EP, Getting Over Him, coming September 4th via UMG Nashville.

“I wrote ‘Run’ with Ben Johnson and Kennedi,” says Alaina. “We are all running. Constantly. Non-Stop. Even in this quarantine we are all still the busiest we’ve ever been. Life just keeps going and going and going in unbelievable paces as we try to race ourselves to the next thing. My idea with the song was to refer to examples of all things that run because no matter what your walk of life is, we are all racing to the next thing. We are all trying to get where we are going. We all get our hearts broken. We all have these childhood dreams. We ‘run’ to make it all happen.”

“Music is my lifeline,” says Alaina. “Music literally pulls me out of everything I ever go through [career, heartbreak, family, self-worth, love] and I feel really empowered with this music. I feel like this music shows my personal growth and my emotional growth. This EP of songs is all about loving myself through other people not loving me and not staying with me. It’s about me being able to get back to that same confident girl I wrote about on Road Less Travelled and to hold on to that confidence. I get to celebrate that with this music, and I am so excited. I can’t wait for the fans to hear it.”

Getting Over Him features two duets, including the title track duet with her labelmate and friend Jon Pardi.

“I’ve done duets with other people for their projects, but I have never done any for my own,” says Alaina. “I’ve got a duet with Pardi on his album, and then he loved this one [“Getting Over Him”]. His energy is so amazing. I can’t believe I have a rebound song – but I do. (Laughs).”

The Georgia native also enlisted International pop sensation Lukas Graham to duet with her on her most vulnerable and heartbreaking “What Do You Think Of.” “Lukas Graham’s vocal on this is ridiculous,” says Alaina. “I am the most nervous about releasing this one because I was so vulnerable when I wrote it. Most of my songs come from more of a sassy and empowered place and this song comes from a really broken place. But I think it’s important because it is a part of who I am. It’s a part of what I went through. And if I am going to be honest in my music, I have to share songs like that too.”

Alaina, one of the hottest rising female artists in country music, is making her way up the country singles chart with her current radio single “Getting Good.” Last month the Georgia native released, across all digital platforms, a special mix of “Getting Good” which features her friend/mentor, superstar Trisha Yearwood.

Alaina has most recently performed on the 40th annual broadcast of the top-rated PBS special A Capitol Fourth performing “This Land Is My Land,” CMA Summer Stay-Cay livestream special where she performed “Women of Summer” with Lindsay Ell and Cassadee Pope as well as “Say It With a Song” Game with Devin Dawson and HARDY as well as CMT’s Benefit Concert for Love & Acceptance and she and her friend Kane Brown performed their 5x platinum-selling “What Ifs” on the recent nationally-televised CMA Best of Fest on ABC.