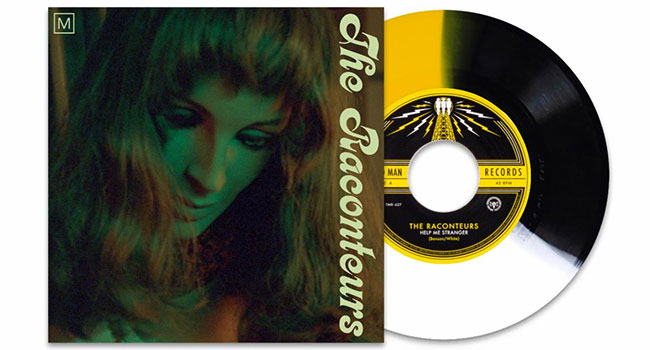 The Raconteurs – Jack White, Brendan Benson, Jack Lawrence and Patrick Keeler – have announced “Help Me Stranger” b/w “Somedays (I Don’t Feel Like Trying)”, a new double A-side 7″ available on standard black vinyl. A limited tri-color edition will be available at Third Man Records storefronts Saturday, December 14th, while supplies last. The radio edit of “Help Me Stranger” does not include the acoustic intro of the song and the alternate version of “Somedays” is a non-album version of the track, with an alternate acoustic interlude.

This new version of “Somedays” follows the song’s new music video. The video was directed by Ben Chappell and prominently features the iconic House On The Rock in Spring Green, WI.

The Raconteurs are about to conclude their world tour in support of their long-awaited new album, Help Us Stranger (Third Man Records), which saw the band perform across much of the US (including Hawaii) and included dates in South America.