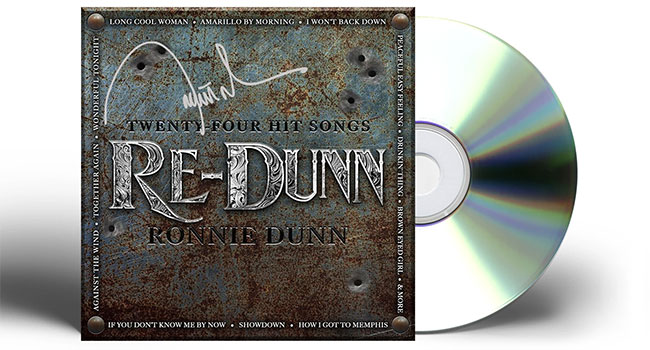 Ronnie Dunn has announced Re-Dunn, a 24 track album of country and classic rock cover songs. The first two songs — George Strait’s “Amarillo By Morning” and The Hollies’ “Long Cool Woman (In A Black Dress)” — are available now for download and streaming. The album will be released on January 10, 2020 and feature two songs — a country and rock one — released digitally each month until the release date.

“Someone from the record label came to me and said, ‘Go cut — if you’re up for it — three songs that maybe a Brooks & Dunn fan would’ve been listening to back in the day and when they kinda cheated and turned the station over to like classic rock or something,” Dunn tells Bobby Bones about the formation of the project. “I just immediately — I already have like 54 thousand songs on my computer and I just sit around and play with my playlist all the time, sequence and stuff like that, so it’s kind of a no-brainer conceptionally.”

The project also includes a cover of Tom Petty’s “I Won’t Back Down,” Eric Clapton’s “Wonderful Tonight,” Bob Seger’s “Against The Wind,” Pure Prairie League’s “Amie,” The Eagles’ “Peaceful Easy Feeling,” and others.

Dunn had been teasing the project on social media by sharing snippets of songs and the album cover in sections over the past week.

The album was produced by Dunn. He says he’s not demanding as a producer and had fun with the project. “I just pick guys I know who can really do it. You get in there and get the right combination of players and know where their heads are. I’ve been around long enough to know these guys really well. It’s like a group of buddies in the studio. They hit it right off the bat,” he shares.