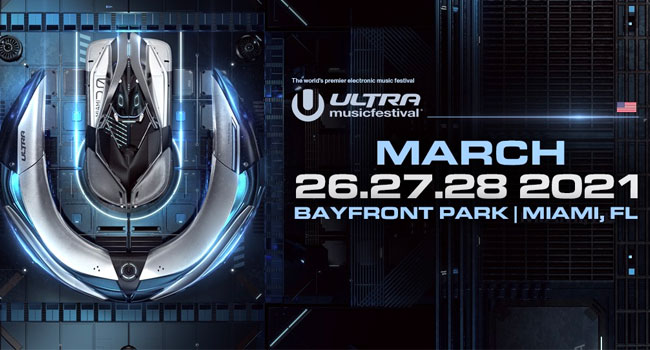 Limited-run channel to also feature DJ Sets from past Ultra Music Festivals, including performances from Kygo, The Chainsmokers, Marshmello, Zedd and more

The 2020 edition was initially scheduled for March 21-23 in Miami, but was postponed to March 26-28, 2021 due to the coronavirus pandemic. The festival was the first to be canceled since the entire industry practically shut down over the past two weeks.

SiriusXM’s UMF Radio channel will launch on Friday, March 20th at 5 pm ET and will air through Monday, March 23rd on channel 52, on satellite radios and on the SiriusXM app.

The limited-run channel will also highlight past live DJ sets from previous Ultra Music Festival performances that have aired live on SiriusXM. Past sets from DJs, including Kygo, The Chainsmokers, Marshmello with special guest Roddy Ricch, Zedd, and Carl Cox, will broadcast throughout the weekend.

“With the postponement of beloved events, necessary changes in people’s everyday life, and need for social distancing, we know our listeners are seeking a sense of community more than ever,” states Scott Greenstein, President and Chief Content Officer of SiriusXM. “To encourage that, we are pleased to be working with Ultra Music Festival to provide our listeners with this virtual audio festival featuring the diverse lineup of artists the UMF delivers year after year, as well as exclusive, fresh, new sets from some of the biggest names in dance music.”

For the past 15 years, SiriusXM has broadcasted live from Ultra Music Festival, the world famous outdoor electronic dance music festival, headlined by some of the most important names in dance music in Miami, FL.

SiriusXM subscribers can listen to UMF Radio (ch. 52) and other channels on SiriusXM radios, and those with streaming access can listen online, on-the-go with the SiriusXM mobile app and at home on a wide variety of connected devices, including smart TVs, devices with Amazon Alexa or the Google Assistant, Apple TV, PlayStation, Roku, Sonos speakers and more.