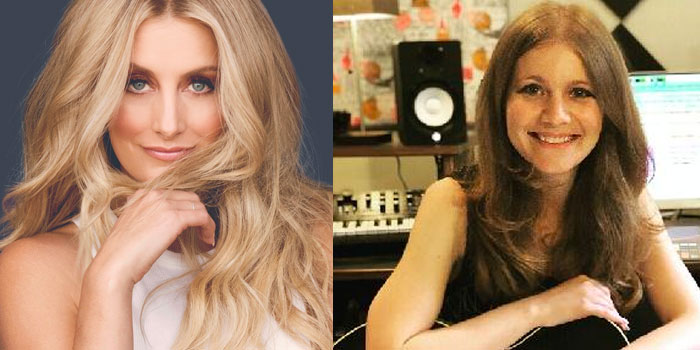 Original song underway for documentary about missing and unidentified women

Rebel Engine Entertainment recording artist and singer-songwriter Stephanie Quayle has joined songwriter and producer Alex Kline to begin work on a new project, writing an original song for a documentary about missing and unidentified women in the United States. The song will be featured in SHE, a full-length documentary that is currently under production.

Stephanie Quayle and Alex Kline had already been creating music remotely together during the COVID-19 pandemic when they were approached about writing a song for the documentary. SHE is a full-length documentary about writer Aimée Baker’s award-winning poetry collection Doe (University of Akron Press, 2018) and her quest to give voice to the missing and unidentified women of the United States.

The film is directed by Jason Greer and Vanessa Cicarelli of Birdy & Bean Films and executive produced by Sue Vicory of Heartland Films, Inc. The film threads together interviews with the writer Aimée Baker, details about the women she wrote about, and poems from Doe. Kate Mulgrew (Orange is the New Black and Star Trek: Voyager) has signed on as the film’s narrator, giving details about each case and about violence against women in the United States. Raven Goodwin (Lovely & Amazing and Glee) has joined the cast as well, serving as the voice of Baker’s poems. She will be joined by singer and actress Coco Jones (H.D.W.Y.).

Stephanie Quayle is a member of CMT’s Next Women of Country and named one of Rolling Stone’s “Top Artists to Know”. The Rebel Engine Entertainment singer-songwriter has repeat performances on the Grand Ole Opry and historic Ryman Auditorium stages, and, in a once in a lifetime opportunity, she was the only indie act invited to perform for the five living former U.S. presidents (Obama, W. Bush, Clinton, H.W. Bush and Carter) as part of the hurricane relief concert Deep From The Heart: The One America Appeal in Texas. Quayle’s latest radio single, “Whatcha Drinkin ‘Bout,” is a Top 10 Most Added song at country radio (Mediabase), debuted on the Billboard Country Airplay chart in February, and to date, has garnered more than 38 million audience impressions. Quayle and her mother Eileen Wallin were a May guest on The Music Universe Podcast.

Alex Kline attended The Berklee College of Music in Boston. She is a songwriter, producer and multi-instrumentalist. Kline has had songs recorded by Ronnie Dunn (“Damn Drunk”), Tenille Arts (“Somebody Like That”) Mitchell Tenpenny, Reba, Gary Allen, Bill Anderson, Terri Clark, Tara Thompson, Mason Ramsey, Jordan Rager, and many more. She has produced albums for Tenille Arts, Terri Clark, Tara Thompson, Erin Enderlin, and Australian artist Adam Brand, who was 2018’s Male Artist Of The Year and who’s record “Get On Your Feet” was certified No. 1. Kline has also produced sides for Maggie Rose, Jordan Rager, John King and Thompson Square.