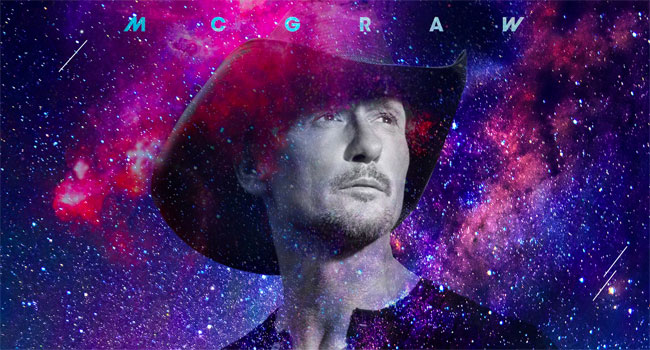 Tim McGraw has set the release date of his long-awaited Here On Earth album for August 21st via Big Machine Label Group. The 16 track album will be available on CD and vinyl and feature his latest single “I Called Mama.” The title track is now available at all DSPs, accompanied by a stunning music video filled with stories of real people and their love, hope and purpose for being here on earth. A variety of merch bundles are available via McGraw’s webstore.

The album was produced by McGraw and Byron Gallimore, and is the first new music from the country superstar since returning to Big Machine earlier this year.

The album offers a collection of songs McGraw brought together to create vignettes of shared human emotions such as love, relationships, introspection and fun. The album as a whole provides a musical tapestry of life and a shared experience that we can use to connect all the different lives that we live, all the different parts of the world that we come from and use music as the universal language to bring people together.

The project does not feature “Neon Church” or “Thought About You,” which were released under the Columbia Nashville/McGraw Music banner in October 2018. Both songs were expected to be included on the project at the time of release, but have likely excluded following his departure from Sony Music Nashville where he spent three years and also released a duets album with wife Faith Hill.

McGraw was set to embark on the Here On Earth Tour this summer, but ultimately canceled the trek due to COVID-19 restrictions. McGraw shares, “We’re working with our teams to figure out when and how we can get back out on the road and see you all safely.”

Each ticket sold for the 2020 trek was to include a copy of Here on Earth. No word on how that promotion will be effected as all tickets have been automatically refunded since the tour was canceled.