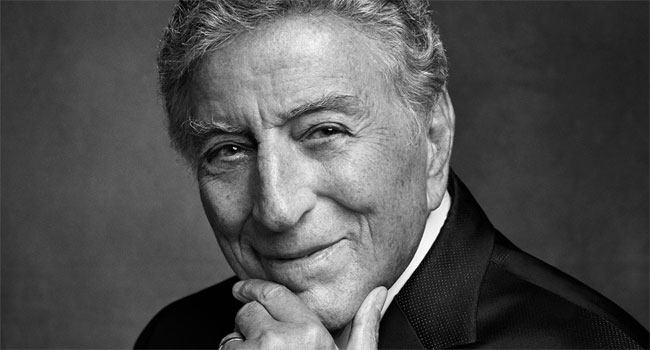 New music is on the way

Music icon Tony Bennett has shared that he is living with Alzheimer’s disease, the most common form of age-related dementia. The 94 year old and his wife and caregiver Susan share his story in an article released by the AARP. Bennett was first diagnosed in 2016, and hasn’t experienced the terror, rage or depression episodes that often accompany Alzheimer’s patients.

“He is doing so many things, at 94, that many people without dementia cannot do. He really is the symbol of hope for someone with a cognitive disorder,” says Gayatri Devi, M.D., a neurologist at Lenox Hill Hospital in Manhattan who diagnosed Bennett in 2016.

The diagnosis might be affecting some of his cognitive skills, but it hasn’t stopped him from singing. In fact, he and Lady Gaga began recording the follow up to their No. 1 standards album, Cheek To Cheek, in 2018, two years after his diagnosis. Due to the pandemic and Lady Gaga’s superstardom, the album was finished in 2020 and is being prepped for release this spring.

“Singing is everything to him. Everything. It has saved his life many times. Many times. Through divorces and things. If he ever stops singing, that’s when we’ll know…” his wife Susan says.

She continues, “Hopefully he’ll just go to sleep one night and that will be that. I’m hoping and praying that he won’t take a turn for the worse that’s really crazy bad. There’s a lot about him that I miss. Because he’s not the old Tony anymore, but when he sings, he’s the old Tony.”