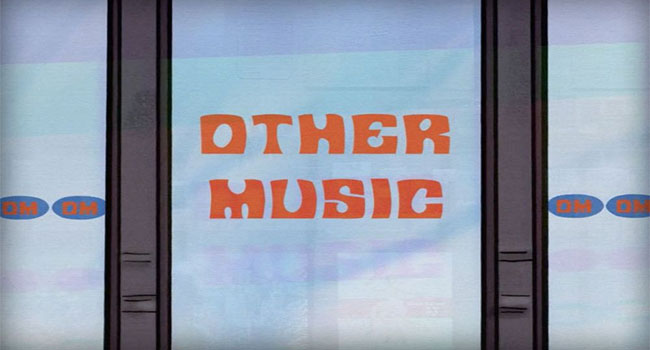 When the doors for Other Music closed in June 2016 was the day the music literally died. For over 20 years, the New York City shop was the Mecca for music obsessed customers and employees who literally ate, slept and breathed the varied musical genres the store was world famous for. And for virtually its entire existence, it survived and outlived its giant music retail neighbor, Tower Records, as Other Music was the place to find the most obscure, new, and random golden musical treasure.

Debuting at this year’s Tribeca Film Festival, Other Music tells the story of three young guys who began their journey selling music at another legendary New York City institution, Kim’s Video. The name Other Music was sort of a play of their status next door to Tower Records, another music retailer in Downtown New York with its own rich musical history. Other Music was different; it was smaller, focused more on independent music than what was hot on the charts, and it was staffed by music obsessed fans, many of whom are interviewed to give tidbits and share stories of their time working at Other Music. Its customers soon realized that Other Music was the only place pre-Internet to get that hard to find obscure record or listen to that new unsigned artist armed with just a demo, playing in the store while customers would ask what they were hearing and buying a copy on the spot. The documentary has countless stories of musicians — from TV On the Radio, Interpol, The Yeah Yeah Yeahs — playing one of their first gigs at the store, and we have the chance to see tidbits of these very early performances of these and other fringe artists, who’s music were all welcome by the very eclectic New York clientele.

By 2016, sales had fallen sharply, and the documentary shows the last days of the much loved and still missed independent record store, including a still talked about tribute concert featuring many of the bands and artists who received some of their biggest early exposure by Other Music. While the store helped change and set the musical tone of the ever evolving East Village neighborhood it called home for 21 years, it could not survive its current gentrification progression and the biggest killer of mom and pop stores, the Internet. But whether you were a frequent shopper or never set foot in Other Music, it’s a fantastic job done by Rob Hatch-Miller and Puloma Basu, showing a time and place in New York City’s rich history that will never be repeated but often looked back with appreciation and fondness.