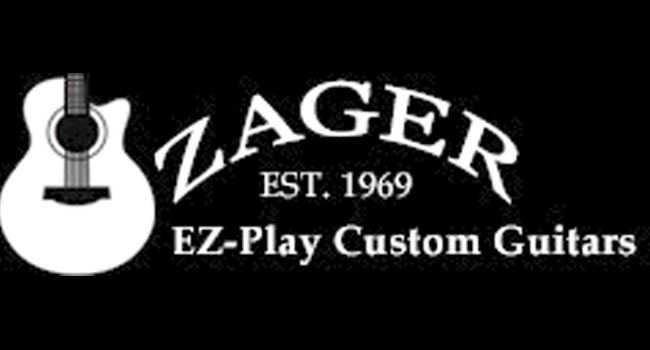 Zager has gained an enormous reputation

Since 1969, Zager has been actively involved in creating mind-cracking and soothing songs that have stayed on top of the chats for years. Having been in the music industry for over 50 years, Denny Zager – now age 76 – has every bit of information about the best custom guitars for all sorts of music. Many renowned musicians have and continue to prefer Zager Easy Play Guitars over the rest of the options in the market for all good reasons.

When many guitarists were asked to review a collection of Zager Guitars, they approached the whole idea with skepticism, only to be swept away by the kind of quality and musical experience they had with the unique custom-built guitars offered by Zager. At first, the EZ-Play marketing sounded at first like a mere gimmick aimed at making unsuspecting customers go into a buying frenzy, but in the final analysis, it was shockingly impressive! The results were similar or even greater than some of the traditional and famed brands such as Martin and Taylor. What’s even more interesting is that new and existing players could get a similar quality guitar at record low prices compared to legendary companies.

After years of hands-on experience creating mind-blowing and heart-soothing guitars, Zager has gained an enormous reputation in the guitar manufacturing industry. For people who’ve had the privilege of playing Zager’s family of guitars, it can be confidently said that they are surprisingly pleasant, to say the least. Not all the guitars, even from the same manufacturer, are the same. But for Zager’s line of guitars, summing up the quality is an easy task, at least going by numerous positive reviews online.

Having been impeccably setup to meet the needs of every player, the guitars are not only beautiful to listen to but also fairly priced. In some instances, players may have to part with hundreds of dollars just to get a guitar whose quality matches that of Zager line of guitars in terms of sound quality and playability.

According to the company, each guitar comes with a contingent of nice touches, including an image of the designer, a Zager t-shirt, and a hard-shell case featuring a humidifier. For many players and bands, the Zager -group of guitars have been instrumental in producing new acoustic series.

To get an example of just how great Zager Guitars is, look no further than the model ZAD900. It’s a pro-level guitar that won’t disappoint you, having been tested and proven to live up to its promise. As a Dreadnaught style guitar, it has a bright and attractive sound. It has a Grade A Sitka Spruce top, mahogany neck with a nice inlay, and a glossy finish that makes it even more beautiful and lovely to hold. Its hand-carved nut and saddle are great additions never to be ignored. Its electric version comes with a top-grade Fishman Aura pickup system which, according to savvy players, is one of the best in the industry.

Denny Zager has been making some of the finest instruments in the world for the last four decades. Zager continues to create, innovate, and introduce amazing techniques as well as guitar features that have become the industry’s best practices. Some of them include X-basing, Dreadnought Size, 14-fret guitar. Ever since his guitars made their first debut, his offerings have become popular acoustic instruments. Zager Guitars are hand-crafted by skilled craftsmen who utilize both traditional and new design techniques. The company is also cherished for its high-quality acoustic guitar strings that use the industry’s leading core wire to enhance tune-up and improve playability.