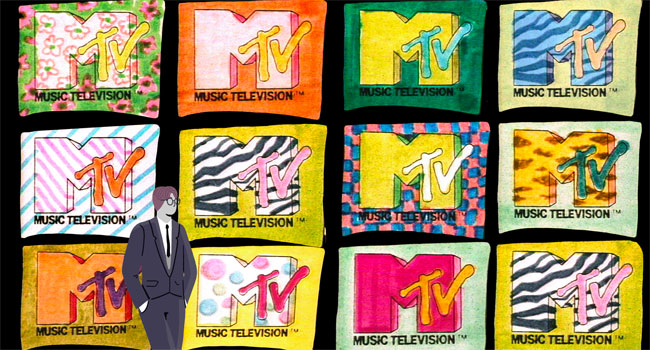 MTV was the Netflix of my generation

Dire Straits and Sting said it best in their song “Money For Nothing”…”I Want My MTV.” A&E is giving us just that with the latest incarnation of its Biography franchise, Biography: I Want My MTV. Premiering tonight (Tues, Sept 8th), the documentary charts the rise of a cultural phenomenon that came to define a generation: MTV.

When MTV premiered on August 1, 1981, cable access was scarce. In fact, most viewers didn’t even receive the 24 hour music video channel until more than a year after its debut. The network pushed boundaries with art, sex, gender and race to become a cultural phenomenon aimed at America’s youth.

I Want My MTV weaves together exclusive interviews with the network’s founders and VJs, artists and journalists, along with rarely seen archival footage and outtakes, including an interview with the late David Bowie that was never broadcast on television. At the end of that interview, Bowie becomes the journalist who questions the VJ about some of the network’s practices involving black musicians. It’s quite interesting, to say the least.

The documentary explores the history of MTV from its inception with very little financing from Warner Access to its sale to Viacom for multi-millions of dollars. Early on, the founders got extremely creative when it came to marketing and producing promos. They often used NASA footage — since it was in the public domain and didn’t cost a cent — with their logo. Also, learn why there are so many variations of its iconic logo and how label execs and the network founders viewed its content.

The network that was founded on exploring new technologies by airing music videos has now turned into a reality TV hub that reflects American youth culture. The documentary explores MTV’s coming of age with the world’s first reality show, The Real World, premiering 11 years into its existence. It also laid the foundation for the global media landscape that we know today.

I am old enough to remember when MTV aired music programming 24/7. As a toddler, my parents kept MTV on at our house and would find me watching it for hours instead of Saturday morning cartoons. This documentary takes me back to the network’s glory days where I could find my favorite rockers entertaining me constantly or hear the latest music news, envoking this spirit that I would do the same, which I did for awhile in Nashville and LA.

Sting, Pat Benatar, Billy Idol, Annie Lennox, Nancy Wilson, Fab Five Freddy, Norman Lear and Darryl “DMC” McDaniels are among the artists who are interviewed for their recollections of MTV and how it helped their careers.

The documentary made its debut at Tribeca Film Festival in 2019 and became a crowd favorite at festivals around the world.