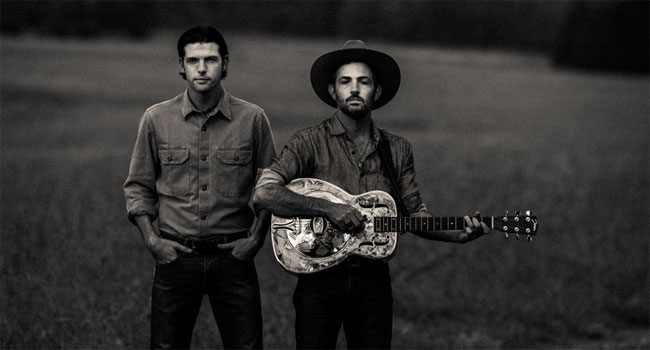 The Avett Brothers have shared their inspirational and timely new music video for their rendition of Woody Guthrie’s American classic, “This Land Is Your Land.” The cinematic and beautiful piece was directed by the Emmy-winning Samuel Bayer, whose credits include some of the most iconic music videos of all time, including Nirvana’s “Smells Like Teen Spirit,” Blind Melon’s “No Rain,” and Green Day’s “Boulevard of Broken Dreams,” among others. The song will also be made available as a digital single on Friday, November 6th.

During a difficult, dizzying and divisive time in America, the video is a labor of love for both the band and director, intended to offer solace, comfort and unity among all people. Filmed across the U.S. and capturing the humanity and patchwork of the country’s rich and diverse culture, Bayer made stops in Los Angeles, New York, New Orleans and the Navajo Nation, ultimately landing in North Carolina to film The Avett Brothers’ moving performance. Utilizing the brand new RED Komodo mini-digital cinema camera, and one-of-a-kind set of vintage Zeiss Super Speed lenses, Bayer’s creation is visually stunning, successfully marrying the striking images to the enduring music the band authentically delivers.

“Samuel has highlighted the timelessness of perhaps the most quintessential American folk song by creating a timeless music video marrying performance with the most lovely imagery of American people,” Seth Avett says of the video. “We are honored to be a part of such an endeavor in the likeminded spirit of unity and love.” Samuel Bayer, adds, “Early in the lockdown, I was traveling across America working on a documentary about the COVID virus. While visiting testing sites in vulnerable populations, I was listening to The Avett Brothers music and was inspired to make a music video. I contacted them and told them I wanted to hear their interpretation of Woody Guthrie’s classic anthem, ‘This Land is Your Land.’ I traveled to North Carolina and filmed The Avett Brothers performing the song live in their home studios and combined that with imagery filmed around America. This is a hopeful video during a time where the Country is so divided and I hope Americans will be inspired to be thoughtful during this trying time.”

The Avett Brothers latest album, The Third Gleam is available now on vinyl, CD, and digitally via American Recordings/Loma Vista Recordings. The Third Gleam vinyl debuted at No. 1 on Billboard’s Vinyl Albums Chart and debuted at No. 5 on Billboard’s Top Current Album Chart, with “Victory” from the album recently peaking at No. 1 on the Americana radio single chart. While written and recorded ahead of the pandemic and most recent social reform movements, the eight song collection addresses themes of injustice, incarceration, and mortality, as well as resilience, love, and hope. The brothers return to their roots both sonically and as a trio with longtime bassist Bob Crawford. Lauded by the likes NPR, Paste and Consequence of Sound, American Songwriter called The Third Gleam, “a beacon of light” and Esquire aptly noted it’s a “stripped down collection of sparse meditations on worth, meaning, and family.”

The band performed their second successful drive-in concert on October 23rd at Charlotte Motor Speedway; their second show at the Speedway in the span of two months. They also closed out “A West Wing Special to Benefit When We All Vote,” which premiered on HBO Max. The show was organized to raise awareness for and support the vital mission of When We All Vote, a non-profit, nonpartisan organization co-chaired by Michelle Obama which was founded to increase participation in every election in America. The band played a rousing cover of Peter, Paul & Mary’s, “Early In the Morning,” joined by vocalist Jessi Collins and bassist Carlitos Del Puerto.