Bob Dylan has announced a 21 date North American fall tour with his band. The trek will stop in theaters and arenas starting October 12th in Valley Center, California and wrapping November 16th in Boston. Nearly all cities see Dylan playing a single night with two shows each in Salt Lake City and Philadelphia. Mavis Staples will be the opening act during the month long tour.

On March 31st, Dylan released Triplicate, his first triple record thematically-arranged in a ten song sequence. Triplicate showcases Dylan’s unique and much-lauded talents as a vocalist, arranger and bandleader on 30 compositions by some of music’s most lauded and influential songwriters. The album was produced by Jack Frost, Dylan’s longtime alias, and is the 38th studio set from the songsmith. It was the first new music from the artist since 2006’s Fallen Angels. The project is available in a 3 CD 8 Panel Digipak, a 3 LP vinyl set and a 3 LP Deluxe Vinyl Limited Edition packaged in a numbered case. 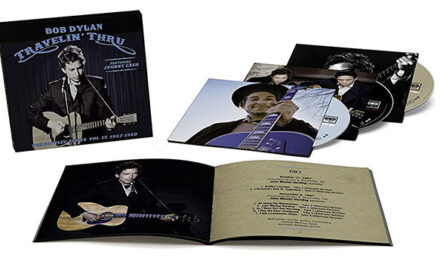 Bob Dylan, Wilco, others announce Americanarama: A Festival of Music