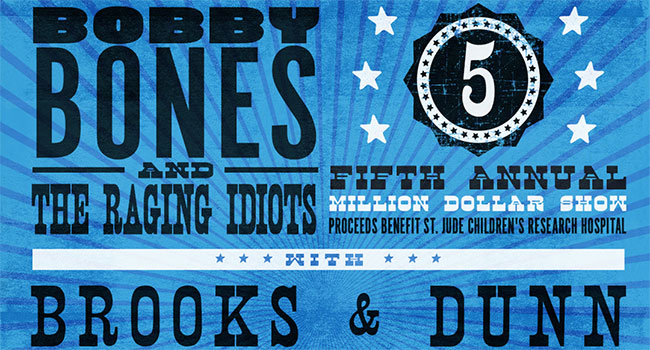 Last year’s event raised a record-breaking $200,000 for St. Jude Children’s Research Hospital, bringing Bones’ total raised for the cause to more than $11 million, while critics touted the show as a “three-hour phantasmagoric display of music, big-name talent, promising up-and-comers, the irrepressible merriment of Bones and his misfit part-time band, the Raging Idiots — and surprises. Lots of surprises,” (People).

Radio and TV personality Bobby Bones who “has carved out a place for himself in nearly every corner of the entertainment world,” (American Profile) is host of the nationally syndicated radio show, The Bobby Bones Show, which broadcasts to over 150 stations and is the No. 1 country morning show with millions of weekly listeners. The show recently garnered its second Country Music Association Award for National Broadcast Personality of the Year and third ACM Award for National On-Air Personality of the Year and earned Bones the title of youngest ever inductee into the prestigious National Radio Hall of Fame. The “media multitasker” (Billboard) also launched his own podcast, BobbyCast, which features candid long-form interviews with top artists and industry figures and has been downloaded nearly 13 million times. The podcast’s overwhelming success has paved the way for Bones to launch the Nashville Podcast Network, an eclectic collection of podcasts from a variety of Nashville-savvy hosts, giving listeners an inside look at the lifestyle and pop culture in Nashville. Bones won Season 27 of ABC’s Dancing with the Stars and is the official in-house mentor on ABC’s American Idol. Additionally, Bones’ chart-topping musical comedy band Bobby Bones & The Raging Idiots recently wrapped It’s Just The Two Of Us…(Sorry) Tour following their most recent EP, Live in Boston. Bones is also a two-time New York Times No. 1 bestselling author, touring stand-up comedian, and philanthropist – a true “jack of all trades” (ESPN). 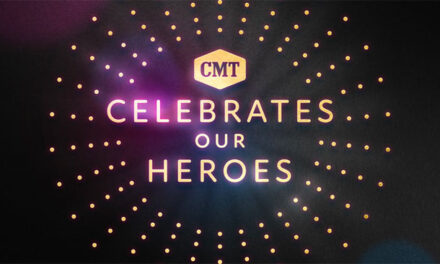