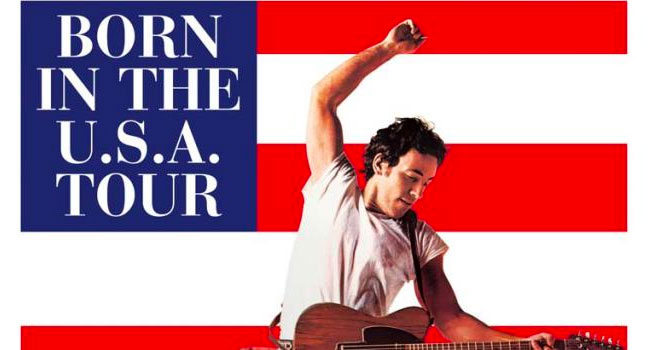 Bruce Springsteen is trending on Twitter, but it’s not for his music. He has his own Emoji and it’s making the Twitterverse go crazy! The Emoji is based on the iconic cover for his 1984 album Born In The USA, photographed by Annie Leibovitz. The photo used was actually featured on the 45 single cover of the track, and not the album itself, and later used for as the cover for a Rolling Stone ’80s retrospective.

The Emoji is part of a marketing campaign for his upcoming Letter To You album and documentary with the E Street Band. The Emoji appears when Springsteen and LetterToYouFilm are used as hashtags on the platform.

“#springsteen yup the boss got his own emoji,” one fan writes.

Letter To You drops October 23rd and is fueled by the E Street Band’s heart-stopping, house-rocking signature sound. The 12 track album is Springsteen’s 20th, and was recorded at his home studio in New Jersey. The set will be available on CD and 2 LP. A double gray LP will be exclusive to indie record stores.