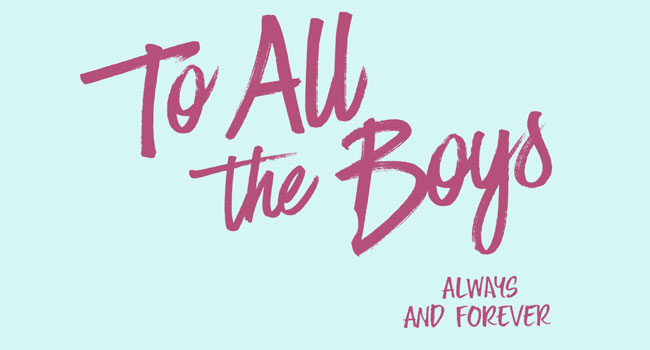 Capitol Records will release To All The Boys: Always And Forever (Music From The Netflix Film) on February 12th – the day of the film’s global release on Netflix. The album pre-save has launched as the first trailer for the film was unveiled. The film – hailed by O Magazine as one of the “most-anticipated rom-coms of 2021” – is the third and final installment of the beloved Netflix franchise series To All the Boys, based on Jenny Han’s young adult book trilogy.

The label teamed up with Netflix, Awesomeness Films (a division of ViacomCBS) and ACE Entertainment on the 16-track collection, which features never-before-released songs by Leah Nobel, FLETCHER, Ashe and Jordan Suaste. See below for track listing.

The sequel, To All The Boys: P.S. I Still Love You, was released last February along with an accompanying soundtrack with songs by Ashe, Chaz Cardigan, Bad Child, Marina, OTR, The New Respects, Hanne Mjoen and many others.

NYLON praised the “killer soundtrack,” which has amassed more than 312 million combined global streams to date. Billboard observed, “it’s got a track list that can’t be missed.” Teen Vogue noted, “Life may never grant us the opportunity to date Lara Jean Covey or Peter Kavinsky IRL, but thanks to the release of a To All The Boys: P.S. I Still Love You soundtrack, we can at least pretend to live in a world of milkshakes and scrunchies.”

As Lara Jean Covey prepares for the end of high school and the start of adulthood, a pair of life-changing trips leads her to reimagine what life with her family, friends, and Peter will look like after graduation.