If you’re an Eighties and Nineties country music fan, then the 2017 CMA Music Festival is the place to be June 8-11 in Downtown Nashville. The CMA has announced two additional free stages, including the new Budweiser “Forever Country” Park Stage that will throwback country music to some of the most established acts from the past three decades.

Fans will enjoy rewinding the clock with many of country’s most established acts from the ‘80s, ‘90s, and ‘00s. Bellamy Brothers, Exile, and Larry Gatlin & the Gatlin Brothers debuted at CMA Music Festival in the early to mid-‘80s. While this marks McBride’s first solo appearance at the Festival, he made his CMA Fest debut with McBride & The Ride in 1990. White and Supernaw last appeared at CMA Fest in ’95 and ’96, respectively.

“We focus on programming unforgettable performances on every stage and thank our returning partners for helping us to do that, while also offering unique activities and experiences for fans,” states CMA Chief Executive Officer Sarah Trahern.

Festival attendees often enjoy hours of jam-packed fun in the sun, but the Nashville Visitor Center inside Bridgestone Arena will be the coolest place to take in performances during the Festival. As the location of the Nashville Convention and Visitor Corp’s Music City Stage — the second new stage announced — it’s the only free, air-conditioned, indoor Festival stage, offering fans a convenient place to escape the June heat while still catching the entertainment CMA Music Festival is known for.

A limited number of tickets for the Nightly Concerts at Nissan Stadium are still available at CMAfest.com or through the CMA Box Office at 1-800-CMA-FEST. Outdoor daytime stages including Chevrolet Riverfront and Park Stages, as well as the Gildan Broadway Stage at Hard Rock Cafe, are free and open to the public.

Funds generated through CMA Music Festival ticket sales benefit music education. Since 2006, CMA and the CMA Foundation have donated more than $17.5 million to support quality, sustainable music education initiatives across the country on behalf of the artists who participate in the event for free, touching the lives of one million students.

More than 150 artists have already signed on to perform during the four day music festival with additional stage lineups, Fan Fair X activities, and more to be announced soon. Artist lineups subject to change.

CMA Music Festival will once again be filmed for a national television special to air on the ABC Television Network. This is the 13th consecutive year the event has been filmed for a network television special, a feat no other music festival has achieved. CMA Music Festival: Country’s Night to Rock will be executive-produced by Robert Deaton. An airdate will be announced later. 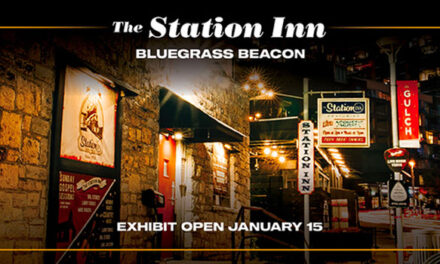