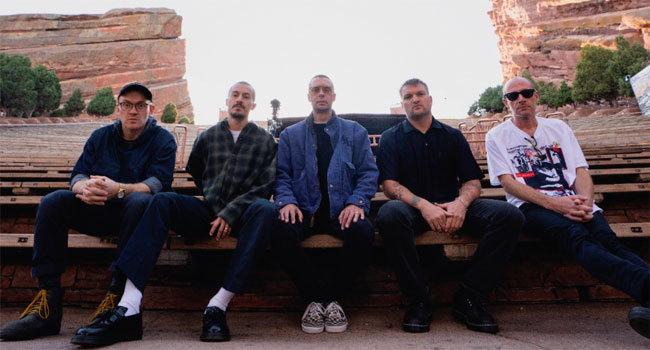 “The energy of this record is spontaneous, raw, soulful, chaotic,” says Cold War Kids’ Nathan Willett. “Just how we felt making it. It feels true and urgent. It feels modern and classic. I think it’s the best record Cold War Kids has ever made. “

New Age Norms 2 is heralded by the premiere of the extraordinary new single, “You Already Know,” available now at all DSPs and streaming services; an official lyric visual is streaming via YouTube.

Cold War Kids celebrated the release of “Who’s Gonna Love Me Now” with an exclusive performance earlier this year on CBS This Morning’s “Saturday Sessions,” alongside live renditions of the New Age Norms 1 favorites, “Complainer” and “Calm Your Nerves.”

Produced by Lars Stalfors (St. Vincent, HEALTH, Foster the People), New Age Norms 1 also includes such hit singles as “Beyond The Pale,” “4th of July,” and “Complainer,” the latter of which proved a multi-format radio favorite, reaching the Top 5 at Triple A and the top 20 at alternative outlets across America. The album – which features cover art by the Los Angeles-based band’s bassist, acclaimed artist Matt Maust – was also met by wide-ranging international applause, with Ireland’s Hot Press simply declaring, “Cold War Kids are a band at the peak of their powers…New Age Norms 1  is a shiny, slinky salvo of funk-pop, but if you dig a little deeper, it’s also a cerebral, politically charged powderkeg.” “The eight-track album features themes on the new age norms of class, gender, race and power that shape the world today,” wrote The Skinny, adding, “Beyond the sweet melodies and striking instrumentals, New Age Norms 1 is a project with a message.”