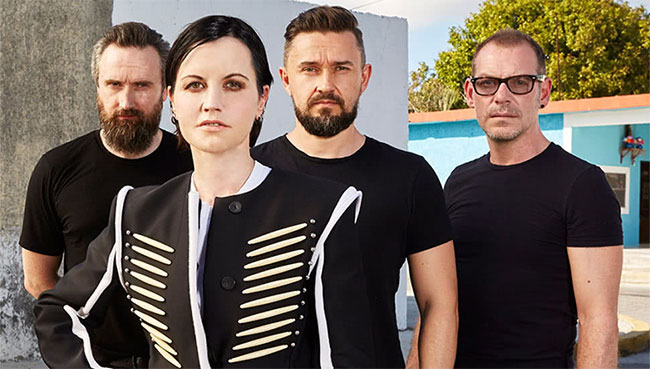 As the official music video for The Cranberries’ massive international hit “Zombie” approaches one billion views on YouTube, Island/UMe is pleased to announce plans for the acclaimed Irish band’s official music videos to be released in remastered high definition video, exclusively on YouTube. The Cranberries’ catalog-spanning video restoration campaign launches this Thursday, October 3rd — 25 years to the day since the release of the band’s No Need To Argue album — with the debut of an early “Zombie” concert performance filmed in 1994 at London’s Astoria. Fans are encouraged to visit the “Zombie” (Live) Premiere Watch page on YouTube ahead of Thursday’s global premiere event, to be hosted on The Cranberries’ official YouTube channel at noon EDT/ 5 pm BST. On Thursday, fans can tune in an hour ahead, at 11 am EDT/4 pm BST, for an engaging countdown to the music video’s worldwide debut with band member participation.

The Cranberries’ hugely popular and oft-covered hit “Zombie” was written by the band’s lead singer, Dolores O’Riordan, in the early 1990’s as a condemnation of violence surrounding the Troubles in Northern Ireland at the time. In 2018, O’Riordan passed away tragically at the age of 46.

Thursday’s “Zombie” (Live) music video premiere event kicks off the band’s #ZombieToABillion campaign for the international chart-topping song’s official music video, which is close to achieving one billion YouTube views. When the video’s YouTube view tally hits one billion, the official “Zombie” video’s newly remastered 4K HD version will be released. Achieving this milestone will make “Zombie” the first music video by an Irish band to reach one billion views on YouTube, taking its place in a select group of iconic rock music videos released before 2003 to hit that mark, including Queen’s “Bohemian Rhapsody” and Guns N’ Roses’ “November Rain.”