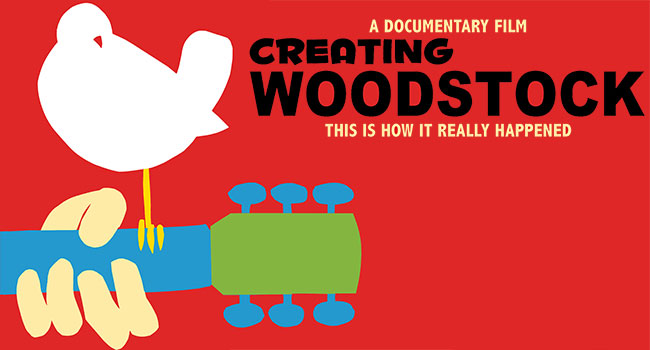 Creating Woodstock is available on DVD and streaming

Woodstock 50 may been canceled after months of uncertainty, but the original Woodstock nearly didn’t happen either in 1969. A new documentary called Creating Woodstock details the trials and tribulations the founders of the original “Three Days of Peace and Music” festival faced as they put together the most impactful music event ever.

The documentary features never-before-seen private film and rare archival video footage, original interviews with key figures, and uncovered photographs that show just how much went in to pulling off the impossible. First-hand accounts of little known stories are woven throughout the film, such as when Jimi Hendrix was stranded at the airport and hitched a ride to the site, or when a bank manager was awoken in the middle of the night to get money to pay The Who, which then needed to be helicoptered to them before they would go on stage – much like the personal supply of strawberries that Janis Joplin required.

Three decades in the making, Creating Woodstock resurrects the original site blueprints, features interviews with the founders of Woodstock Ventures – John Roberts, Joel Rosenman, Michael Lang, and Artie Kornfield – and takes viewers from the initial idea of the “happening” to the moments when the last festival goer stumbled off Max Yasgur’s once pastural alfalfa field.

The film takes fans inside what actually happened the planning, staging, performances, cleanup and more. The founders of Woodstock Ventures – John Roberts, Joel Rosenman, Michael Lang, and Artie Kornfeld – along with the best production talent on either coast, including John Morris, Bill Belmont, Mel Lawrence, and Chip Monck recall moments from the initial idea for the festival, to the search for a suitable site and then the race to build a venue, promote the event and, most importantly, book the bands.

The collective talk about how they dealt with hundreds of thousands of patrons flocking to the farmland site in Upstate New York and turned a highway into a massive parking lot. They also discuss how vendors struggled to keep food and drinks available, forcing some to collect more supplies. A storm that ripped through the final day of the event gave the crowd a big mud bath which brought them all together in a different way than before. Organizers also discuss how they diverted several disasters, including rerouting the exposed electricity lines while a performance was going on.

Cleanup was a giant mess with trash stretching for miles. Cleanup continued for months after the event wrapped on August 18, 1969. Many complaints were filed about property and crop damage, forcing the bank to pay the damages and organizers to overspend by a million dollars, even though they didn’t sign the insurance waiver beforehand.

Director Mick Richards, who attended the 1969 festival as a teenager, released the film on DVD on July 30th and streaming August 13th. He’s sifted through more than 70 hours of interviews with Woodstock producers, planners, and performers for the film.

The documentary tells an interesting side to the festival that hasn’t been told before. See historical unreleased footage and hear the many stories that haven’t been told before, including a telegram sent to Iron Butterfly that had a very not so subliminal profane message included.

The film would be great for any avid documentary or music fan. It runs nearly two hours and includes bonus features with more incite into the inner workings of pulling off the impossible.