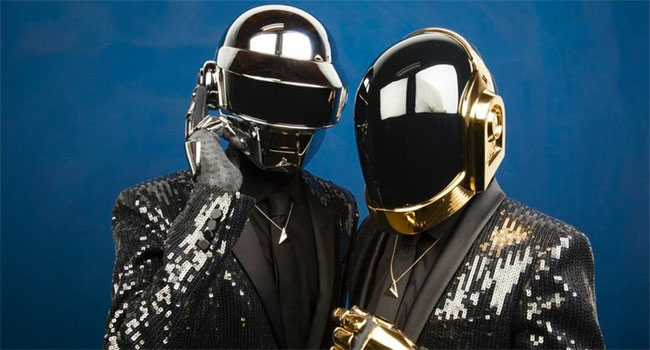 Duo breaks up after 28 years

French EDM duo Daft Punk has broken up after 28 years together. The highly influential masked duo shared its retirement in an eight minute “Epilogue” video on social media.

Thomas Bangalter and Guy-Manuel de Homem-Christo maintain their robot personas in the mostly-silent clip. Set in a desert, the pair walk towards each other and remain helmet to helmet before setting off a one minute countdown on a battery pack attached to one of their backs. They separate before self destructing when the clock strikes zero. The duo’s “Touch” from Random Access Memories begins around the five minute mark before the dates 1993-2021 appears on the screen with their famous gloved hands emblem.

The duo’s publicist confirms the split, but no reason was given.

Their hits include “One More Time,” “Harder, Better, Faster, Stronger,” “Da Funk” and “Get Lucky.” In 2004, Random Access Memories won a GRAMMY for Best Album. Their most recent work includes collaborating with The Weeknd on “Starboy” and “I Feel It Coming” from his 2016 album Starboy.

Random Access Memories has been named the most collected album of the past decade on Discogs.