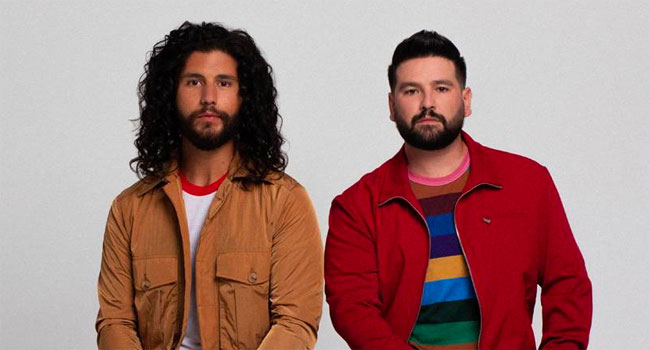 Dan + Shay pick up a guitar for the latest reimagining of their piano-driven smash “I Should Probably Go To Bed.” Fans can join the duo for an intimate, backyard performance in the accompanying music video, shot at Dan Smyers’ farm in the Nashville area. The original version, which is approaching Top 10 on both the Country Airplay and Hot AC charts, has already topped a staggering 85 million streams. “I Should Probably Go To Bed” has earned critical praise from outlets including Variety, Billboard, Rolling Stone, MusicRow, EUPHORIA and more.

Dan + Shay made the live television debut of “I Should Probably Go To Bed” at last month’s 55th ACM Awards in a performance that Billboard called a “highlight” and described as “[showcasing] their well-worn harmonic skills, making a stripped-down performance sound mighty enough to fill the historic venue.” They also added to their impressive collection of accolades, taking home their second consecutive trophy for ACM Duo of the Year. The duo won two at the 2020 Billboard Music Awards for Top Country Group/Duo and Top Country Song for “10,000 Hours” with Justin Bieber. Dan + Shay are closing out the year with multiple nominations across CMT Music Awards, the People’s Choice Awards and the CMA Awards.

The duo’s current success follows on the heels of the their 3x platinum, multi-week No. 1 hit “10,000 Hours” (with Justin Bieber), which became the biggest first-week streaming total in country music history. It was also the fastest country song to reach one million U.S. track equivalents in 2019, earning over 3.3 million U.S. track equivalents to date and more than one billion global streams. “10,000 Hours” is the first song by a country duo or group ever to debut in the Billboard Hot 100’s Top 5 and spent 21 consecutive weeks at No. 1 on Hot Country Songs (fourth longest run in chart history). The worldwide smash has achieved 2x platinum certification in Australia and Canada, platinum certification in the Netherlands, and gold certification in four other countries.