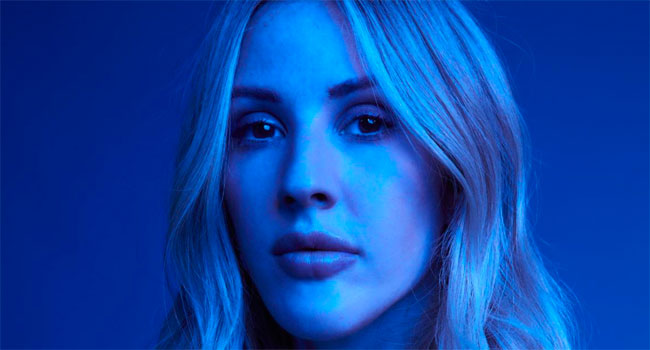 “Love I’m Given” is a powerful and emotive pop ballad. The breathtaking new video sees Goulding team up with director Rianne White, who worked with the pop star on “Flux” last year alongside director of production Rina Yang (Kelela, FKA Twigs, Bjork). The talented team have created a stunning visual which aesthetically echoes the artwork of the double-sided album, playing with the contrasting gold and blue artwork on Brightest Blue. The video sees Goulding boxing, shot at her local boxing gym during lockdown, juxtaposed with footage of Goulding dressed in stunning gowns by Schiaporelli and Ashi Studio.

“’Love I’m Given’ is about accepting and being at peace with all the mistakes in your life and realizing you get the same love back you give out,” Goulding shares about the track and video. “The video represents the fight between calm and chaos. The boxing ring is weirdly the place I feel the most pure and in control, and the moments in the gold dress represent getting to a place of ultimate power when you know you are in the most powerful place you can be when you have that kind of revaluation about love and forgiveness.”

Recently Goulding announced, “The Brightest Blue Experience” – a one-off exclusive pay-per-view presented by Live Now, recorded and livestreamed from London’s iconic V&A (Victoria & Albert Museum) next Wednesday, August 26th. The showcase will see Goulding perform tracks from her new album for the first time as well as some fan favorites, where she will be accompanied by a special ensemble of live musicians. Goulding will be joined by some special guests to be revealed soon.

The stream will also be broadcast via three additional streams to cater to audiences across the globe from North, South and America as well as Asia, Australia and New Zealand.